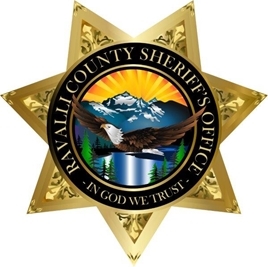 Ravalli County Sheriff Steve Holton and OEM Director Erik Hoover said the Ravalli County Sheriff’s Office, Darby Volunteer Fire Department, two EMS helicopters, Marcus Daly Ambulance and the Darby Marshal Office responded to an airplane crash on Westfork Road at approximately mile marker 1. Two adult male occupants of the aircraft sustained serious injuries and were transported to Missoula hospitals by helicopter.
Preliminary investigation indicates the pilot was attempting to make an emergency landing due mechanical issues.
Westfork Road between Highway 93 and Conner Cut-Off is closed until the wreckage can be removed from the roadway, which is expected to take a considerable amount of time. Traffic is asked to detour around that section of road by using he Conner Cut-Off Road and Highway 93.
Further investigation by the Federal Administration and NTSB will be conducted, and additional information on this incident will be released by those agencies.