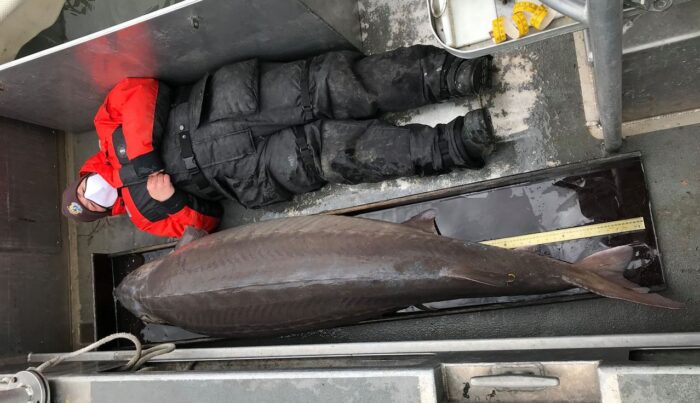 A photo of a monster-sized prehistoric fish laid out on a boat deck next to a much smaller person is evidence of one of the largest lake sturgeon ever recorded in the United States.

The fish was caught last week by the Detroit River native species crew of the Alpena Fish and Wildlife Conservation Office, according to a news release via Facebook. The female weighed in at 240 pounds and measured 6 feet and 10 inches long. She was quickly processed and returned to the river – but not before snapping the eye-catching photo.