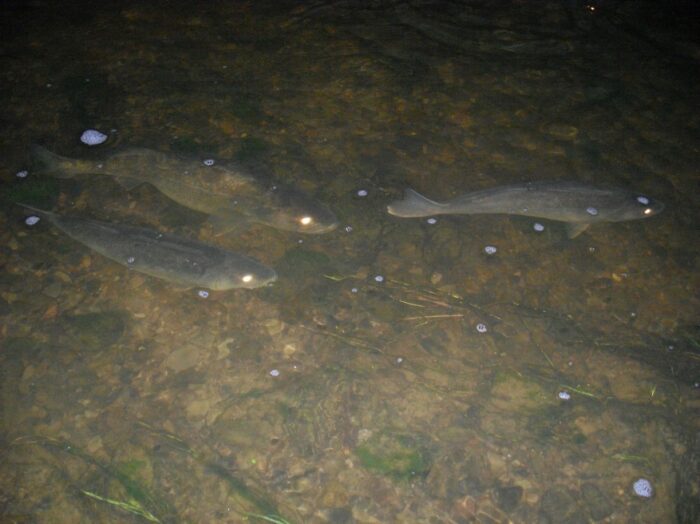 THE SHALLOWS!!!
By Montana Grant

Fishing skinny water can yield fat results! We have seen videos of schools of baitfish near shore being scarfed up by predators.

Early morning Walleye guys know the value of fishing shallow early, late, low light, and on windy days. The bait is more abundant near the shores and if fish feel safe the dinner bell will be on.

On a trip to Canada, we used everything we had in our tackle boxes. There was limited success but not the slay ride we had hoped for. My companions were tired of few fish and long days on the lake. As they all went in early for a beer, I hung tough. The mosquitos were terrible on the shore so at least I was comfortable in the lake. 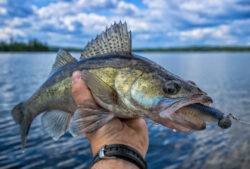 The water was like glass and I positioned the boat along a wide grass bed. I netted a few pike but no walleyes.  What was I doing wrong? Eventually, the boat had drifted closer to the shore and just off the point where the camp was. The sun was going down and I was getting to the Just One More Cast phase.

I tied on a black plastic jig lure from Cabelas. It was new out of the package and supposed to murder walleyes. I cast along the weed edge and wham! The party was on. The next hour netted beautiful, fat walleyes on nearly every cast.

We had flown into this lake and had kept very few fish. On this day we had kept none. Sad but true, I set out 4 stringers and filled them all with walleyes. When the crew limits were full, I dragged them into the cabin. We were short on rations, after planning to eat fish. My beached buddies were amazed. Guess what was for dinner? The lazy boys made me filet the fish but did handle the rest of the meal. I remember the terrible squitos in the holed, screened, cleaning house.

At first light, everyone was in the boats and the bite was on at sunrise. After an hour or so we began catching pike and the walleye bite was off until evening. I used the boat electronics to mark the fish deep during the day and shallow at low light.

Fish don’t always bite when you want them to. You need to know when and where the bite will be.