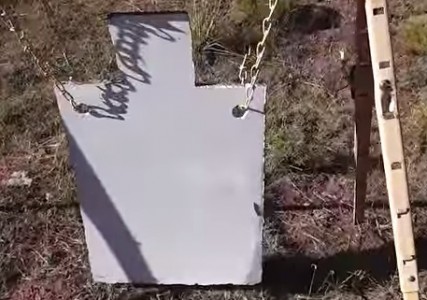 Wildfire cause determined to be target shooting
By Moosetrack Megan

On November 5, 2020 the Porcupine Wildfire just east of Big Sky, Montana was reported around 1:00 p.m in the afternoon. The wildfire was located approximately one mile from the Porcupine Prescribed Burn that was being conducted by Forest Service personnel. All suspected human caused fires are investigated by the Forest Service, and a joint investigation was conducted by the Gallatin County Sheriff’s Office and Forest Service Law Enforcement. A complex and in-depth examination of evidence determined that the Porcupine wildfire was caused by target shooting.
Investigators first conducted a thorough cause and origin analysis and over multiple months talked to numerous witnesses that had called 911 or called to report information on the fire. Several people reported hearing a series of gunshots coming from the area of origin moments before the fire started. Investigators were ultimately able to identify the individual who was responsible for the gun fire. The person told investigators that they saw flame directly behind their target after shooting; they attempted to put the fire out but were unsuccessful due to the wind.
The Forest Service was conducting prescribed burning activities approximately one mile from the wildfire. Prescribed burning activities began around 11:00 that morning with some test fires and ignition commencing after 12:00 p.m. The Porcupine Prescribed Burn is a multi-year effort to regenerate aspen stands in the area to benefit wildlife habitat. When reports of the wildfire were received, all prescribed burning activities stopped. Local, state and Forest Service crews began suppressing the wildfire.
“We appreciate everyone who worked with law enforcement to bring this investigation to a conclusion,” said Corey Lewellen, Bozeman District Ranger. “I also appreciate the community’s patience as we processed a challenging investigation. We are committed to continuing our communication and transparency as it relates to forest management and prescribed fire, and I greatly value the comments and concerns that I have heard from the Big Sky community.” We all need to be mindful and careful, when it comes to target shooting,” said Gallatin County Sherriff, Dan Springer. “Be aware of the types of natural fuels beyond your target when shooting.”
In 2013 the Forest Service conducted a study on the potential of target shooting igniting flames. During the test, wildfires were consistently started by hot metal bullet fragments landing in dry fuel beds. Bullets fragmenting by striking rocks and other hard objects can be extremely hot and easily ignite dry fine fuels such as dried grass. USFS Study of Ignition by Rifle Bullets https://www.fs.fed.us/rm/pubs/rmrs_rp104.pdf