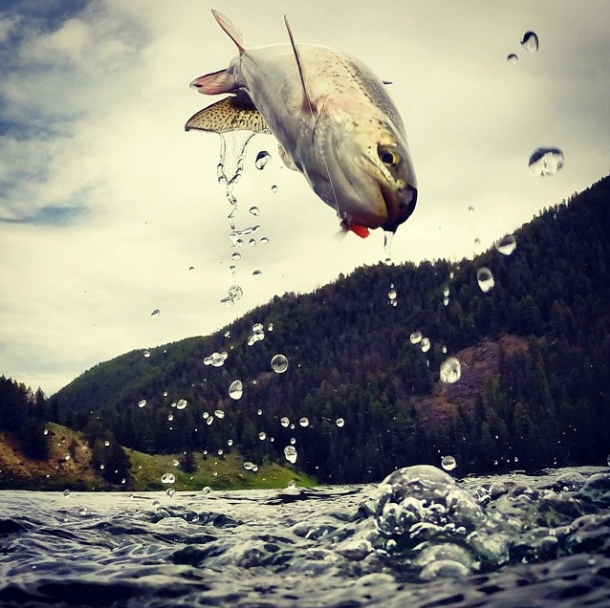 Not all fish are created equal. Some fish are bigger, smaller, more colorful, fatter, or skinnier. Other fish fight strong while some just slide into the net. Like people, some fish just seem to have more heart than others. 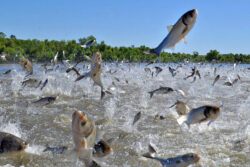 Salmonoids are notable leapers since they must migrate up the rivers to spawn. They are the Olympic athletes of the fish world. Even Big Fat carp can put on a great aerobatic display. Bottom feeders like sturgeon and catfish often take flight when hooked.

Fish jump because they must not because they want to. It takes way too much energy to jump just for fun. Fish jump as a response to being hooked, chased, grabbed, or in danger. Wouldn’t you?

The Struggle is real. The adrenaline rush that comes with getting hooked, makes for a fight or flight response. Fish jump, shake, and do everything they can to escape something frightening. Over the years of evolution, jumping has become a way to save the day.

Other fish, like Silver Grass Carp, are genetically programmed to jump upon getting excited. The crazy videos of hundreds of leaping carp are stimulated by a boats motor. Electricity will cause fish to exit the water. When a biologist uses electric shock to measure fish populations, most fish take flight.

A few species of fish will jump to catch prey. Some types of sharks will leap out of the deep to grab birds, that are in flight. Other fish do the same to grab insects, like damselflies. Colder water will make fish friskier and more flightworthy than warm water.

Fish with attached parasites jump to shake them off. Lice, and sucking parasites can be dislodged by a quick airborne launch, and landing. Some fish jump more often because they are anatomically able to. Their streamlined shape, large tail or fins help them take off.

When you hook a fish that jumps, you need to react accordingly. Intentionally or not, its not uncommon for a larger fish to land on your line and breaking it. Head shakes can dislodge hooks quickly, especially with barbless hooks. Make sure that your reels drag is set properly. Also, drop the tip of your rod when the fish jumps. This will allow the line to have a little flex to it, if the fish flops on it.

When fish feed themselves, one tiny morsel at a time, I doubt if they Jump for Joy!

Fishermen do Jump for Joy, when a Big one is finally in the net!