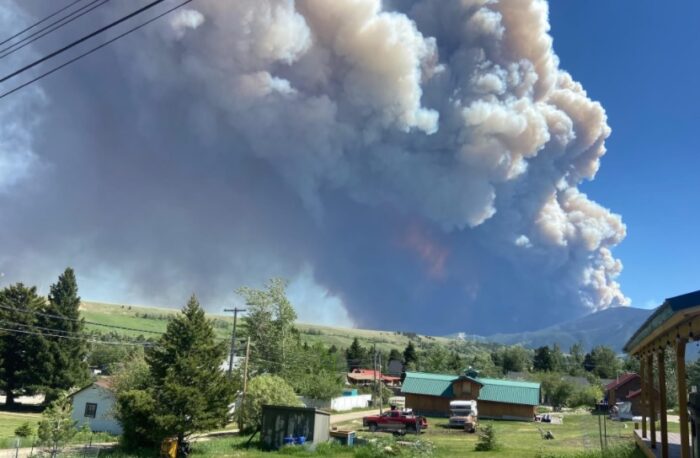 Carbon County Sheriff Josh McQuillan announced today the arrest of 55 year old John Lightburn
of Bridger.
A warrant was issued, based on a filing by Carbon County Attorney Alex Nixon, charging
Lightburn with Negligent Arson a felony, Criminal Mischief a felony and Negligent arson a
misdemeanor. The investigation was conduction by Carbon County Sheriff’s Deputies and US
Forest Service Law Enforcement.
LIghtburn was transported to the Gallatin County Detention Center where he was being held on
a $7500 bond.

According to court documents, Lightburn is accused of starting the Robertson Draw Fire, which has cost millions of dollars to fight and has burned more than 29,000 acres near Red Lodge. The court documents claim that Lightburn was riding his motorcycle in an area of forest that was closed to motorized use.