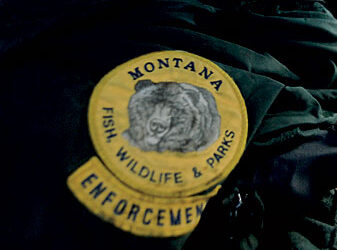 CHINOOK – Jason Taylor, from Fayetteville, Tennessee, plead guilty to three counts of outfitting without a license in Blaine County. Taylor was ordered to pay over $11,500 in fines and restitution, and has lost his privileges to hunt, fish or trap for five years in Montana and all states that are part of the Interstate Wildlife Violator Compact.
Taylor, who was a licensed guide, was in the process of purchasing the outfitting business “Bear Paw Hunts”. Until the sale of the business was completed, Taylor had agreed to operate as a guide under the previous owner’s outfitting license until he was able to obtain his own outfitter’s license.
However, Taylor began advertising himself as an outfitter, along with booking and arranging his own clients, before ever obtaining an outfitters license. He employed his own guides, cooks, outfitter assistants, and even registered his unlicensed outfitting business, “JT Outfitters”, with the MT Secretary of State’s office.
Upon investigating, Region 6 wardens identified and interviewed non-resident hunters from at least 12 states that had booked and paid JT Outfitters, not Bear Paw Hunts or any other licensed outfitter, for big game outfitting services on private leases near Cleveland in Blaine County.
“Taylor was only a licensed guide, and he was subject to the roles and responsibilities of a guide,” said warden investigator Dirk Paulsen. “These roles and duties are clearly defined in order to protect the legitimate business interests of licensed outfitters in our state.”
FWP wardens would like to thank the Montana Board of Outfitters and the out-of-state wardens they worked with to help complete this investigation. Wardens would also like to thank the Blaine County Attorney’s Office.
Anyone with information about crimes involving fish, wildlife or park regulations is encouraged to call FWP’s 24-hour wildlife tip line at 1-800-TIP-MONT (1-800-847-6668). Callers can remain anonymous and may be eligible for a reward up to $1,000 for providing information that leads to a conviction.