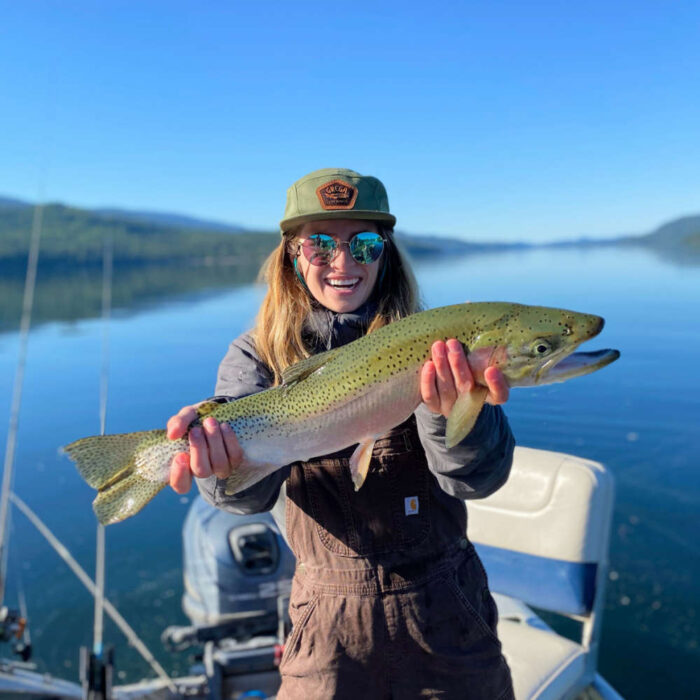 Idaho now has a new record West Slope Cutthroat Trout. The 24-inch monster exceeded the old record by 3 inches. The beast was caught on May 29th in Priest Lake.

Madison was fishing from a boat! It looks like, based on the gear shown in the picture, that the fish was caught trolling a lure of some kind. The trout had a huge head and was slim due to its post spawn cycle. 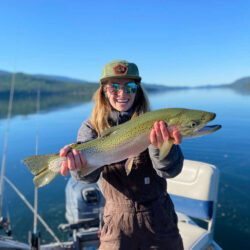 Idaho maintains records for two fish categories. There is a Catch and Release program, and a Certified Weight Program. Several species of Cutthroat are maintained in the records.

The largest Yellowstone Cutthroat, that I have ever scene in a lifetime of fishing, was maybe 25 inches. West slope cuts are now being added to local fisheries through Native trout restoration programs.

Cutthroat anglers that visit Priest Lake are sure to fish more religiously than ever.