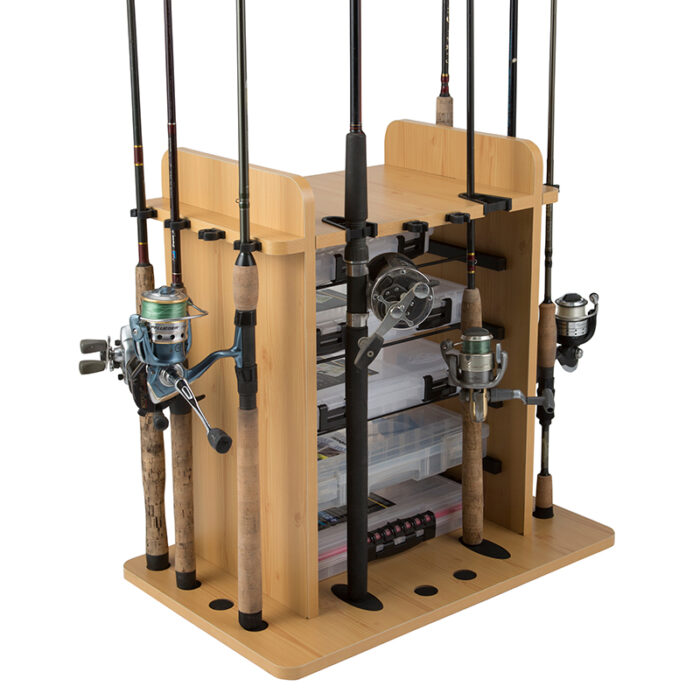 Clearing the decks is essential when trying to fish in a boat. When the Biggun Bites, fishermen and crew can get frantic. This is when accidents happen, and equipment and gear get damaged.

I remember a day catching Stripers on the Chesapeake Bay. We were in a breaking school of fish when one angler hooked into a Pig. His partner laid his rod down with the Striper Swiper, with bucktail dropper, still attached. The lure draped into the water. As he went to grab the net to help land the Big Rockfish, another fish struck his neglected lure that was dangling enticingly over the gunwale. As the rod was about to go over the side, he lunged for the outbound gear. It was now when he stepped into the open tacklebox and flopped onto the deck.

Somehow, he just grabbed the rod and was fighting the fish. What he did not notice was the scattered, and broken tackle box of lures, was strewn across the deck. Several sharp lures were sticking into his legs, arm, and shirt. Not to mention his lost hat, broken sunglasses, and chaos that followed. Somehow, both fish ended up in the net, but the net was tangled with hooks, line, reels, and lures. It took an hour to sort out the gear, untangle, remove the impaled lures, and clean up the blood. I am not sure if it was worth it, but it sure made for a great story.

Much of the tangled, messy, damaged, and lost gear could have been prevented. Keeping the decks cleared for action just takes some foresight and infrastructure. It just takes a little planning and organization.

Back in the 1990’s I remember seeing a simple Tackle Box seat plan designed by a Wilson Clarke. This homemade solution can be modified or adapted to fit into most fishing rigs. You can build it to fit whatever type of tackle box that you may need. You can also sit or stand on it. 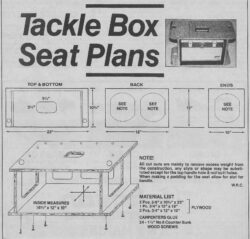 I have seen this box used for surf fishing, Jon Boats, and pontoon boats. If you add wheels to it, this box can become a great pier or bridge rig. You can add holders for fishing tools or rods. The attached plans are for a Plano 757 sized tackle box.

Organization of your tackle and gear means more time fishing and less time searching for stuff or getting injured. Oh, and you can also have a seat when needed.

Get organized and stay safe!