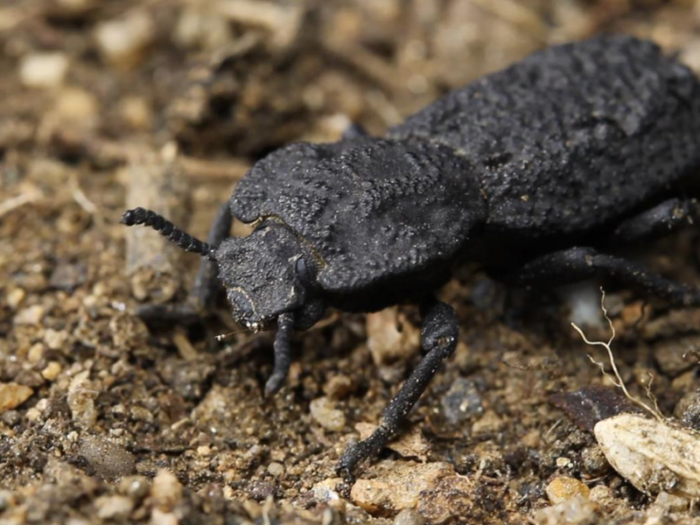 The diabolical ironclad is not a notorious Civil War-era battleship, but a flightless inch-long beetle that thrives on the United States’ west coast. While most beetles only live for a few weeks, a diabolical ironclad can live for seven or eight years, in part because it outer shell is so peck-, crunch- and squash-proof. Now, a new study has unraveled what makes the beetle so buff, Katherine J. Wu reports for the New York Times.

Theresa Machemer with the Smithsonian also reported that “These beetles are doing the beetle-equivalent of living for 1,000 years,” says Max Barclay, the Natural History Museum in London’s curator of beetles who wasn’t involved in the new study, to the Guardian’s Nicola Davis. “So they have to protect themselves against risk in a way that shorter-lived creatures don’t.”

Researchers even drove over the beetle with a Toyota Camry…twice.  Of course, this was for science, and the one-inch beetle survived.

So, the next time you squish a beetle, know that there are beetles on the west coast that are unsquishable.

And now you know!