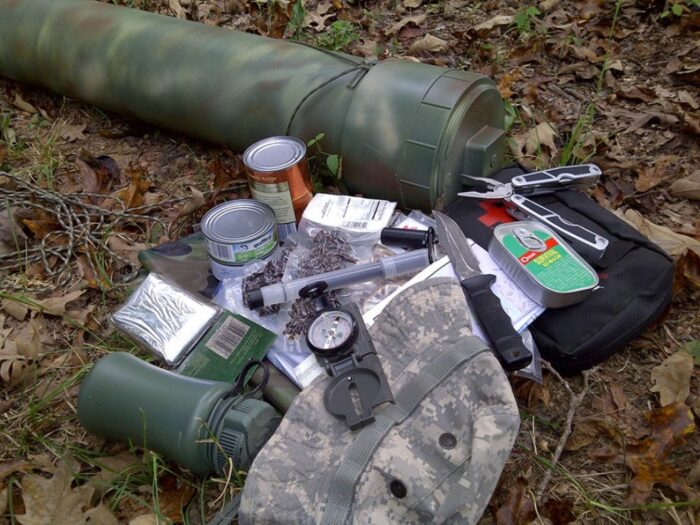 Early pioneers, Native peoples, and hunters often stashed, or cached, emergency goods. Mountain Men would hide spare flints, powder, gear, and hides just in case they were in trouble. Lewis and Clark cached stuff all along the Missouri River.

Most of their hidey holes were discovered by critters, others, or never reclaimed. The Missouri River stashes ended up flooding. Many of the records of the expedition were lost or damaged. Other cache’s were protected and survived. One cave, above the flood line, was untouched and provided food and sanctuary on their return trip. Extra gunpowder filled their empty flasks and fresh flints were locked into their rifles.

Many hunters and fishermen still cache emergency supplies and gear. Several of my elk campsites have gear stored for the next outing. Fireplaces, toilet seat fitted chairs, tarps, wood, and tools are still untouched. Some of these caches have been placed over a decade ago. I also have some stashes back in the Boonies where my Scout troop hiked.

When I guided our local rivers, I also cached supplies for shoreline meals, beer and beverage stops. During a season of trips, we always seemed to end up along these same waters. Pulling out some goodies from a hidden stash always impressed the clients. 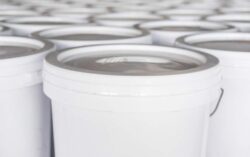 During a strenuous elk bow hunt, my partner and I ended up several miles from camp. As we tried to close in on a big bull, the sun was going down. Time had run out and getting back to camp would have been a risky, bear country, hike in the dark. Instead, we decided to stay on the elk and camp out. We had placed 2 5-gallon buckets in an island of rocks, near our hunt. Large rocks were piled on top.

Our cache buckets contained some freeze-dried food, protein bars, Ramen soup, flashlights, cordage, water containers, powdered energy drink packets, and tarps/space blankets. The water was in sturdy containers that were less than full, to not burst if they froze. The rest of our survival gear was in our personal hunting packs.

We set up a quick camp and settled in for the night. We used the protein bars as crackers in the soup. Ramen soup never tasted better.  It was a typical Montana night, at high altitude. We slept in emergency, compact sleeping bags, and wrapped up in the space blankets. It was not a bad night. The stars were amazing. We listened to the night noises just as the early pioneers and mountain men had done.

The next morning, we back on the hunt but could never get close to that bull. We made our way back to camp safely. The cache is still there.