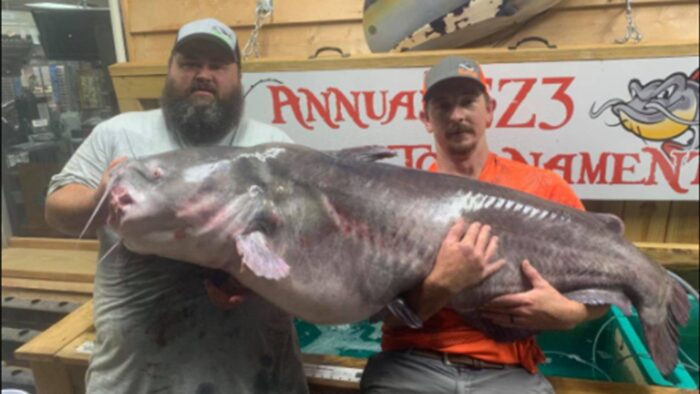 Record-breaking fish caught in North Carolina: ‘Looked like a whale in the back of the boat’
By angelamontana

North Carolina angler, Rocky Baker, spoke with Fox News about catching a monster 127-pound catfish.  It was difficult enough to catch it much less get it weighed on a certified scale by an official.  “This is why it’s always a good idea to keep a biologist’s number in your phone.”

Baker released it after it was weighed on a certified scale.

Rocky Baker spoke with Fox News about catching the fish, which is in the process of being certified as a new state record. According to Baker, a state biologist certified the weight and measurements and the paperwork is in the mail.

Baker caught the fish while out on a trip on the Roanoke River with his buddy, Justin Clifton. According to Baker, if Clifton hadn’t been there, he never would’ve been able to get the record-breaking catfish into the boat.