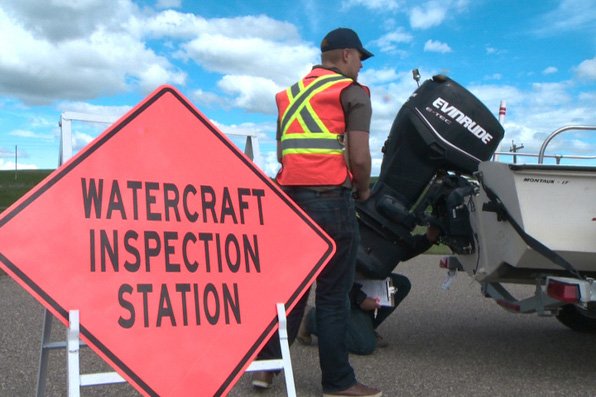 The watercraft inspection station located near Hardin on Interstate 90 extended operating hours until midnight for four days prior to the July 4th holiday. The station normally operates during day-light hours, which is 6 a.m. to 9 p.m. this time of year. FWP officials conducted a focused night operation to gather information about movement of watercraft at night and to evaluate the risk of those boats from transporting aquatic invasive species (AIS).

Between June 30 and July 3, the Hardin station inspected 18 boats during the extended hours from 9 p.m. to midnight.

“We didn’t see as many boats as we expected,” said Sean Flynn, FWP’s eastern AIS supervisor.  “We know boats are moving at night, but this operation only encountered a small number of mostly local boats.”

Learn more at CleanDrainDryMT.com or call the FWP Aquatic Invasive Species Bureau at 406-444-2440.