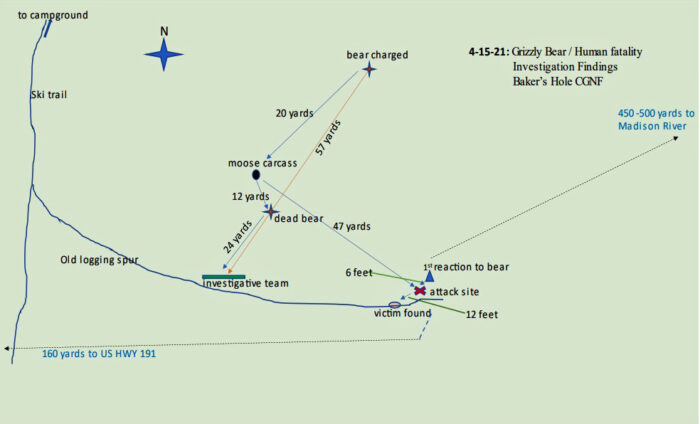 An investigation into the fatal grizzly bear mauling of a West Yellowstone man has been released by the U.S. Fish and Wildlife Service. The documents provide greater detail into what happened in April, including why the 20-year-old male bear may have been so aggressive. Stomach contents of the bruin revealed grizzly flesh. Investigators theorize that the bear may have recently fought with another griz over the dead moose it had cached. The reports also detail people’s attempts to enter the area just north of the small town in hopes of photographing the bear, even though they knew there had been a recent mauling. To learn more about the investigation, check out my story at https://billingsgazette.com/outdoors/report-on-fatal-grizzly-mauling-of-west-yellowstone-man-released-some-questions-unanswered/article_269823ed-f544-5860-940f-bff014b39f03.html