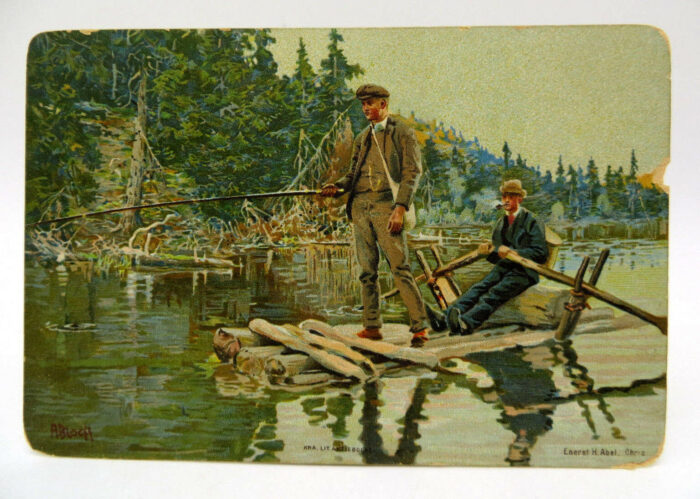 Rafts, made of lashed logs, were a go to original fly-fishing platform, back in the day! If you wanted to float on a remote lake, that was too far to carry a canoe, tube, or other inflatable craft, you made a raft.

As a kid, my family spent the entire summers in Yellowstone Park. Every 2 weeks we changed campgrounds and explored every inch of the park. What a great way to spend the summer.

I met a fishing Mentor from Missouri named Mr. Dennis. He was a kind man and a great fisherman. I spent many hours watching him cast a brown woolly worm on his old came fly rod. He told my brother and I about a secret lake full of trout and grayling. The lake had been used as a hatchery lake for the Park Service. The blocked road meant a 3 mile plus hike. There were many hatchery lakes scattered throughout the park, where fingerlings were released and then later netted to be transported to streams and lakes in the park. Trout Lake was also one of these spots. Yellowstone Lake at one time was also operated as a commercial fishery and hatchery. 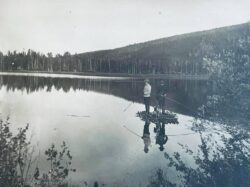 Grebe lake was easy enough to find. Back in those days, fly fishing was not a big deal. Most fishermen stayed close to the roads. Mr. Dennis told us about how he would build a raft of pine logs and drift out into the lake. “There are plenty of old rafts and logs floating along the shore.” Sure enough, we found some old logs and tried to lash them together.

Our raft could have been named the Bismarck. The day was windy, and the water was rough. We ended up fishing like Landlubbers and managed to catch a bunch of grayling, and some huge rainbows.

The lake has since been poisoned to get rid of the nonnative, wild rainbow trout. It is now a pure grayling fishery. The entire upper watershed of the Gibbon River has also been poisoned and restocked with native cutthroats.

Today fly fishermen are equipped with lightweight tubes and personal float systems with wheels, drones, and who knows what else. The fish are small, but they are “Native”. No one makes a raft anymore.

Whatever floats your boat!