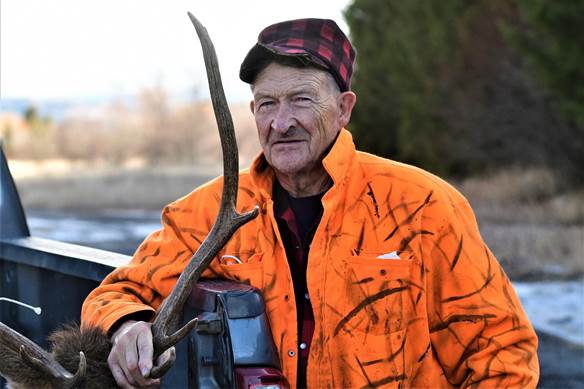 Meanwhile, snow accumulations, even in the region’s high elevations, lagged far behind average, and unseasonably warm air temperatures dominated, even topping out in the low 60s on the last few days of the season.

Mild weather particularly impacts elk harvest, prompting elk to tend to stay in higher elevations and inaccessible areas, and making it much more difficult for hunters to track animals without snow. 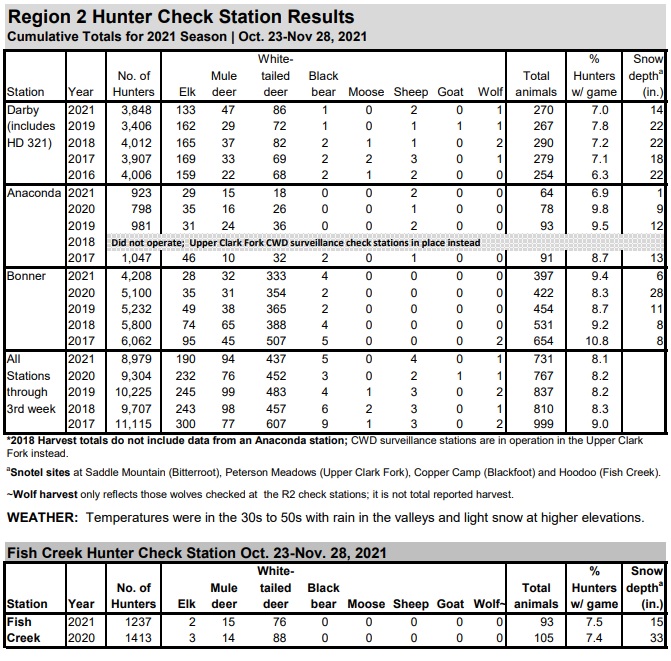 At the check station near Anaconda, final season tallies show 29 elk, 15 mule deer and 18 white-tailed deer in 2021, all lower than 2019 and 2017, when the check station was previously operated in every weekend of the hunting season.  The one exception was for mule deer in 2017, which totaled 10 compared with 15 this year.

Fish Creek Check Station is a bellwether for white-tailed deer harvest on public land and accounted for 76 whitetails this year, down from 88 last year.  Elk harvest of two and a mule deer harvest of 15 are on par with last year.

Check stations only account for a small percentage of total harvest across the region, but because the stations have been in operation consistently for many years, they monitor important early harvest trends and are a key way to gather biological information on wildlife health and age.

“These check stations give us an early indication of whether we’re meeting our harvest goals, especially for elk,” said Mike Thompson, FWP Missoula-based wildlife manager.  “Right now, we’re developing initial proposals to the Fish and Wildlife Commission for the next two hunting seasons, and the check station data is one important piece that we consider.”

The general season closed on Nov. 28, but lower than prescribed elk harvest and mild weather led to an extended elk season for some hunters in certain west-central Montana hunting districts through January 15, 2022.  This season extension is only for those that already hold certain unfilled special Elk B Licenses, and no licenses are for sale now. Find out more at fwp.mt.gov/news/allnews.

“We hope those Elk B license holders will find more elk during the season extension, with a goal to decrease wildlife damage on private agricultural lands where needed and to bring population numbers closer to objective,” said Mike Thompson, FWP Missoula-based wildlife manager.

Additionally, Montana’s new muzzleloader heritage hunting season runs Dec. 11-19, 2021. Any unused deer or elk license or permit that is valid on the last day of the general season remains valid during the muzzleloader heritage season, which has specific regulations. Find out more online: fwp.mt.gov. 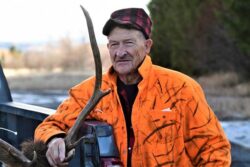