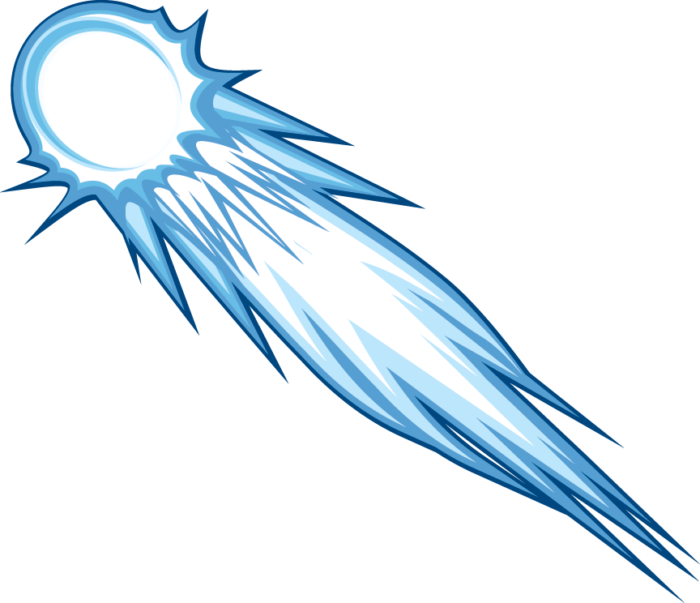 A newly discovered Comet is on its way to Earth! On December 12th, Comet Leonard, named after its discoverer, will be visible after sunset in the northern sky. Also known as C/2021, this comet has never been seen before on Earth.

The comet can be seen until January 3rd, but the closest view will be on Dec. 12th. Leonard will never return in several lifetimes according to Greg Leonard, its founder.

Comets are large ice bergs zipping through space. Some orbit our sun more closely and can be seen every so many years.

Haley’s comet is one of the most famous comets that was seen when Mark Twain was born and when he died. It was last visible on Earth in 1986. Haley’s Comet could be seen with the naked eye and can return twice in one’s lifetime. Haley’s Comet cycles around the sun every 75-76 years.

Currently, Comet Leonard is heading toward the sun and can be vaguely seen near sunrise. The best viewing time will be on dark evenings, just after sunset. The Comet will be seen in the North Eastern sky. 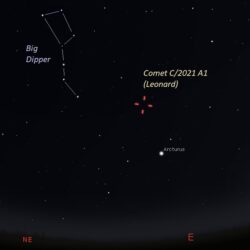 You will not be able to see the comet with the naked eye but a good pair of binoculars or a spotting scope will do the trick. Look at the Big Dippers handle and find Arcturus, the closest and brightest star.

Comets are the result of solar radiation and winds acting on these orbiting ice balls. The tails can be longer than 15 times the Earth’s diameter. Comets have been noticed since early times and have impacted culture, religion, and curiosity for thousands of years.

On Dasher, Blixen, and Comet!