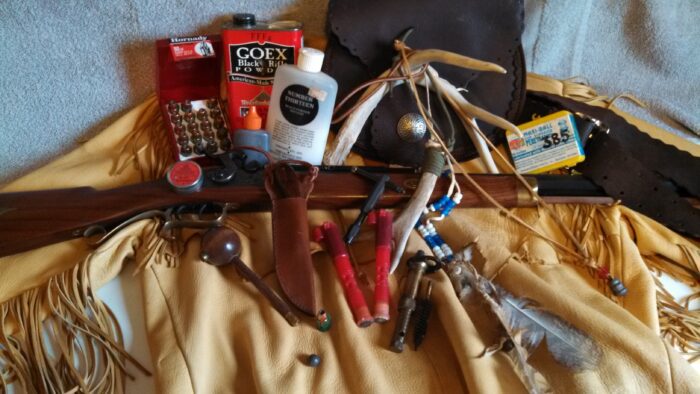 Montana will soon be having its first modern Heritage Muzzleloader hunt. This style of primitive hunting was commonplace a century ago. Single shot smoke poles were the weapon of choice. Hawken’s and many other hand made guns could shoot harder and further than many other choices. In the hands of an experienced marksman, these guns were accurate out to 400 yards.

This primitive gun hunt keeps the rules simple. You can fill unused elk and deer tags.

The gun must load from the muzzle.

No scopes. Only iron sights.

No primer fired ignition. Only a flint, percussion cap, or musket cap.

No powder discs. Only loose powder

Only a wheel lock, Flintlock, or Matchlock can be used

No restrictions about barrel twists.

Back in the day, I enjoyed Pennsylvania’s and Maryland’s first primitive gun hunts. In the Keystone state, only flint lock weapons were allowed. Hunting was for does only in January! There was snow and freezing cold conditions. I made my gun from a CVA kit. We shot patched round balls and reloaded using a bullet board and powder flask.

In Maryland, the season was more diverse. Modern Black Powder weapons were allowed. Scopes, powder discs, primers, sabots, and breech loading were all legal. With modern components, a hunter could shoot out to 600 yards or further. An early 3-day hunt happened in October and a 2-week hunt took place in December.

Hunting in cold, wet weather requires some help. Do your homework and master your weapon. Proper cleaning is essential. Here are some tips I learned.

Use a shooting stick. Muzzleloaders are front heavy.

Attach a sling. Muzzleloaders are heavy

Use the hair / set trigger. The gun should surprise you when it ignites

Don’t move the gun until it ignites. Then hold it a few more moments. Powder can ignite slowly or irregularly.

If the gun fails to ignite, keep the barrel pointed in a safe direction. Clear the fire hole and primer/ cap area. Re cap and try again.

Still no fire? Use an auger bit on the ramrod to pull out the bullet. Remove the nipple and clear/ clean. Fire a no ball patched load. Reload and get ready to hunt again.

Use wax around the edge of the primered nipple or pan/ frizzen area. This helps to keep water out. Make a plastic cover to also help protect the area. Use a new, quality primer or flint. Do not get cheap here. YouTube videos offer great weatherproofing ideas. I change primers or add fresh, fine powder to the gun routinely.

50 Caliber bullets are great. Use the Minnie ball ribbed style with bore butter. Round balls work well too. Inspect a weigh the lead projectiles. They are rarely the same. Round balls have a burr from being poured. Smooth and weigh it. Hunt with same weight rounds.

I once shot a deer straight in the chest and he ran off. There was NO blood to be found. I went to the last place I heard him and there he was. The 50 cal. Bullet traveled through the entire deer and was just under the hide on the rump. No blood left his body.

Aim for the exit! Several black powder deer that I have shot dropped in their tracks. You only get one shot. Make it accurate. Aim for the lungs and consider how the bullet will pass through.

As hunters age, we tend to challenge ourselves. Primitive weapons offer that challenge. Hunting with a smoke pole is like going back in time.