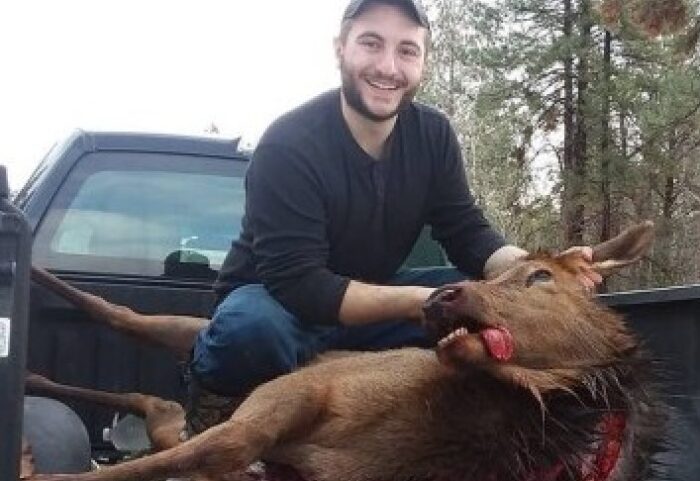 Montana Hunter Joe Frank shared his game damage hunt experience with us.  Read about it here:

As another big game hunting season winds down for most Montana hunters, there are a select few lucky hunters just starting to hit the field. These are the winners of low numbers on Montana’s FWP hunt roster.

The hunt roster, or damage hunt as some refer to it, connects farmers and ranchers to Montana’s large supply of big game hunters. It also affords those same hunters to connect with Montana’s landowners.

Entering the online roster is free to all hunters and is open for entry June 15th to July 15th on FWPs website. You simply pick which species you want to enter and the region. Hunters typically choose the region closer to their home base. The reason for this is because the hunt is determined by FWP or the landowner.

In 2019, I was lucky enough to draw the number three spot on the elk damage roster in HD 240. Hunts can start mid-August and can run into March of the following year. I waited all year with the hopes of getting a call or email with dates and locations so I could fill my freezer. It wasn’t until February that I got the call.

I was to report to a farm house on a large private ranch outside the Sula area on a set time and date. Upon driving to the house, I knew it was going to be an easy hunt as I had to honk to get the elk to move out of the driveway to park. These elk became a large issue for the ranch during the winter as they ended up feeding the couple hundred head of elk that decided to winter on the ranch. On this damage game hunt FWP granted 15 hunters in the opportunity to harvest a cow elk. which I think was a win win for all parties.

Once parked, I began to see how large of an issue these elk had become to the rancher, as they walked around like pets waiting for the dinner bell sound of an John Deer firing up and dragging a processor full of hay into the pastures. The ranchers instructed us that only the elk in the pastures feeding on the hay were free game and the ones up on the hillside were off limits as those elk were just being elk, which I believe was very respectable, as the rancher was not out to eradicate the herd but to keep them out of his pastures.

So, into the fields we went walking within 30 yards of these elk that were not scared of humans at all. I picked a large mature cow feeding with her head facing me and pulled the trigger. As the dirt blew up 4 feet in front of her, I realized that my rifle, that was zeroed at 200 yards for eastern Montana mule deer hunting, wasn’t the best tool to use for a 30 yard shot.

The elk scattered but quickly came back to feed again, and I was able to harvest that same mature cow elk. The rancher was more than happy to assist in gutting and loading the animal with his tractor, which was an added plus.

Ever since, I have entered to be on the hunt roster and will continue to year after year with hopes of another successful game damage.  Just another option for Montana hunters to fill their freezer!