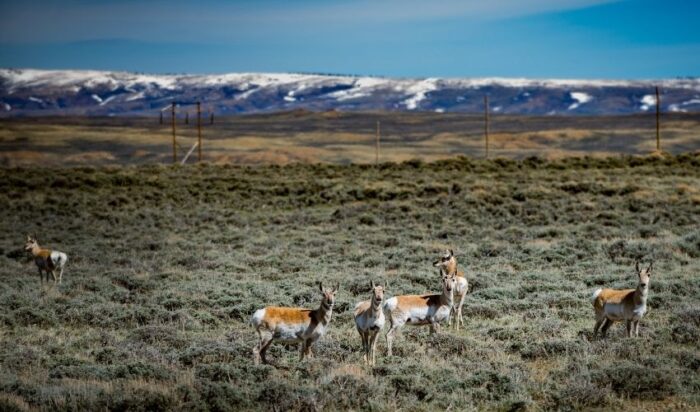 Below is a news release from the Wyoming Game and Fish Department. For 2022, Fiocchi partnered with the Rocky Mountain Elk Foundation to increase the visibility of poaching incidents in an effort to reduce poaching nationwide. poached

The Wyoming Game and Fish Department recently completed a multi-year investigation of a Wyoming resident living on the Grazing Hills Ranch near Natrona for wildlife crimes. The investigation culminated with a plea agreement and $45,070 in fines and restitution.

A tip from the public through the Stop Poaching Hotline alerted Game and Fish to possible violations. The investigation revealed the suspect had been killing mule deer and pronghorn without licenses and during closed seasons. He then substituted big game meat for beef to sustain his jerky business. The business sold products to unsuspecting customers throughout Wyoming as well as online.

In total, the court assessed $45,070 worth of fines and restitution. The man had his hunting, fishing, and trapping privileges suspended for a minimum of five years and is not eligible to hunt in Wyoming or 48 other states who are members of the Wildlife Violator Compact until all his restitution monies are paid in full. Additionally, the court forfeited all firearms seized by Game and Fish, all illegal wildlife parts and all supplies associated with the sale of game meat.

“Game and Fish is grateful to the Natrona County District Attorney’s Office for their diligent work on this case, along with the Natrona County Sheriff’s Office and the person who came forward with this information. This type of case can significantly  impact Wyoming’s wildlife. It may have gone undetected without the public’s help,” said Brian Olsen, Casper region wildlife supervisor.

To report wildlife violations, visit the Game and Fish website, call the Stop Poaching Hotline at 1-877-WGFD-TIP or text keyword WGFD and message to (307) 847-411.