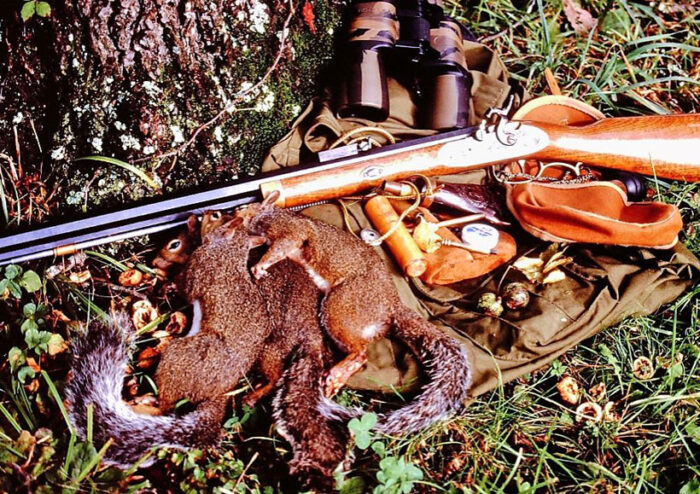 Primitive weapon hunting is becoming more popular in Montana. Last big game season offered black powder shooters a December season to fill unused tags. Our Mountain Man state is getting back to what made Montanan’s hunters. Hopefully, the black powder season will be expanded.

Until this happens, Black powder shooters can practice their sport on targets that are available year around. Early flint lockers, loved to target squirrels. Perhaps head shots were preferred, most squirrels were harvested by Barking them. This meant the shooter hit the limb under the squirrel so that the bark would serve as shrapnel and kill the squirrel. This meant less damage to the tasty squirrel. Squirrel brains were a tasty treat. Check regulations for any seasons or limits.

Montana also has open seasons for rabbits, ground hogs, and many other critters. With each trigger pull, a marksman improves their craft. Shooting is a perishable sport, so practice is essential.  

Rabbits, ground hog, squirrels, and other in season small game are delicious and rewarding harvests. Primitive weapons offer one shot. Rarely will a critter hang around for you to reload. Certainly, range and speed are limited. Bullets are also limited and restricted. Check with MTFWP for all the rules, restrictions, and opportunities to shoot old school black powder guns.

A good squirrel hunter is often a great all-around hunter. Many of us started hunting targeting squirrels. Long gun hunters also learned to make their first shot count. Mountain Men knew that a single shot would also not he located but of they shot twice, enemies may figure out where they were.

Single shot hunting is more challenging. We evolve as shooters. There are certainly new-fangled mega clips with bandoleros of these and those and this and that’s but, black powder adds simplicity and satisfaction.

Take a step back in time to learn how to become a better marksman and hunter.