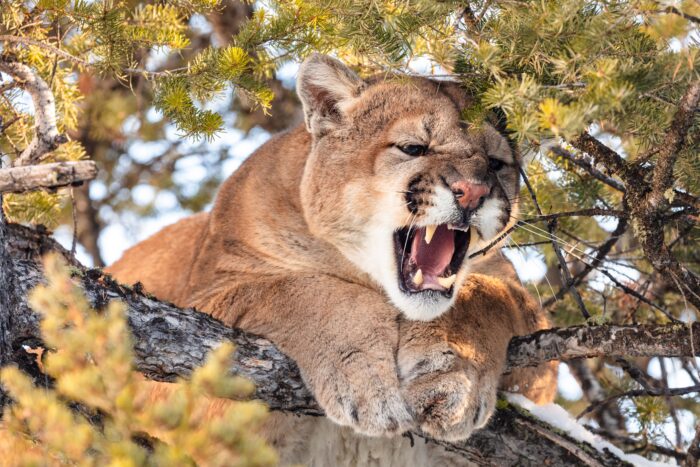 Scientists in Yellowstone National Park are learning a lot about cougars, including the strange ways they die, by collaring them. Last year, four collared cougars died, three in the park and the one that was shot by Gov. Greg Gianforte in the Paradise Valley. The ones that died in the park met some strange fates. One male killed a collared cow elk, was caught in the open by wolves and died in the fight as it was outnumbered. Another young male was killed in a fight, probably with a larger male cougar. The cat had puncture wounds to its skull when found. A female lion apparently got its paw caught in a rock slide and in trying to get free toppled another boulder that fell on it. Learn more about the cougar project, and see some great cougar capture photos, by logging on to https://billingsgazette.com/news/state-and-regional/yellowstone-cougar-project-providing-insight-to-lions-lives-deaths/article_113e8ebe-fb44-5565-85ac-885f4a8f22a6.html.