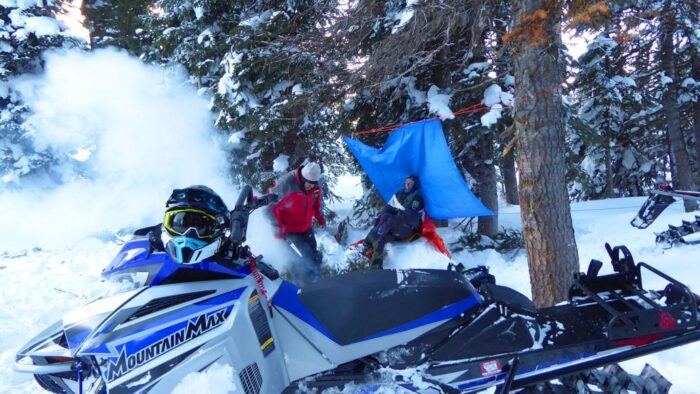 Brett French reports: When the rescuer is rescued
By angelamontana

When Dave Zinn dislocated his shoulder about eight miles deep into the Centennial Mountains while snowmobiling in January he knew the consequences. A former ski patroller and member of the Gallatin National Forest Avalanche Center in Bozeman, Zinn immediately began trying to put the protruding bone back in its socket. When that failed, his co-worker and fellow riders rallied to figure out a rescue plan. Luckily, he was riding with members of Idaho’s Fremont County Search and Rescue squad. They bundled him up in warm clothes, started a fire and began calling for a helicopter evacuation. When that proved undoable, they called for rescuers to bring a toboggan. The incident raises important reminders for backcountry users to always be prepared for the worst. To read more about Zinn’s tale, check out my story at https://billingsgazette.com/news/state-and-regional/role-reversal-rescuer-becomes-patient-after-snowmobile-accident/article_9cee1cfe-e43b-5591-9cf8-fc8870151c41.html.