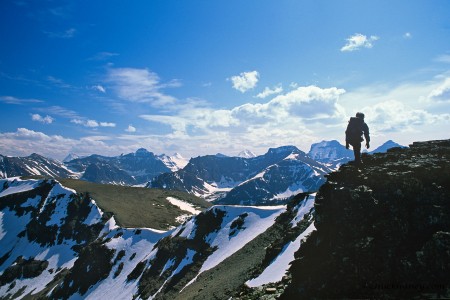 THIS IS YOUR LAND!!!
By Montana Grant

Montana is a huge state. Big Sky Country is also relatively unpopulated. Sadly, our land lacks accessibility to hunt, fish, and recreate. Not all private landowners are happy to allow others to even look at their land. Fences and no access signs are common.

Wildlife can’t read signs and venture across the state. This public resource is only available to the public if it is on public land. 20 years ago, the average citizen of Montana could knock on a door and talk to a landowner to get access. Today, many landowners live behind locked gates, or out of state. Huge parcels of land are now closed to any and all access.  

The Forest Service and Federal lands certainly have great access. Much of this land is higher in altitude and accessible seasonally. Many big game critters migrate from these high places when winter begins. They follow traditional migration routes which are mostly to Private Property along watersheds in the valleys.

We have all seen the thousands of head of deer, elk, moose, bison, and other critters that stack up on private land. There is usually less pressure on the critters. The landowners end up having wonderful, controlled private hunting, for wild, public critters.

The over 5 million acres of School Trust and other State public lands sound wonderful. But in a state with over 95 million acres, that’s a relatively small area to hunt. What makes things worse is that half of our public lands are landlocked. Private landowners do not allow access to these sections. They do get tax breaks, extra land to use. On top of this, outfitters and guides lock up these areas with leases that restrict access even more.

Recently a private land cattle herd in Gallatin County tested positive for Brucellosis. This disease is commonly passed from wild critters to domestic herds. Buffalo often gets blamed for this transmission, but elk are the primary critter that most often spreads the disease. If the state is required to mandate disease control over elk, we could see Government sharpshooters and slaughter of this prized animal.

Throw in CWD and other diseases, and our wild big game herds become even more threatened. If a link is ever found related to human consumption, hunting as we know it could be done.

It is important to consider what politicians we elect to office. Educate yourself on their opinions and voting history before putting them into office. Most of the members on the wildlife, hunting, and sporting commissions are huge landowners with selfish and personal agendas.

The limited areas, where public hunting is allowed, gets pounded by concentrated and excessive herds of hunters. Tagging out is more about luck than hunting skills. Calling a bull elk in the Fall often calls in several hunters. The same is true with turkeys. Wheelers patrol the roads in public areas and shoot roadside grouse at will. The days of remote and secluded hunting camps has changed. Every campsite along the Gravelly Road in the Gravelly Mountains is filled with hunters from the West Fork of the Madison River to Alder.

Our land has become someone else’s!