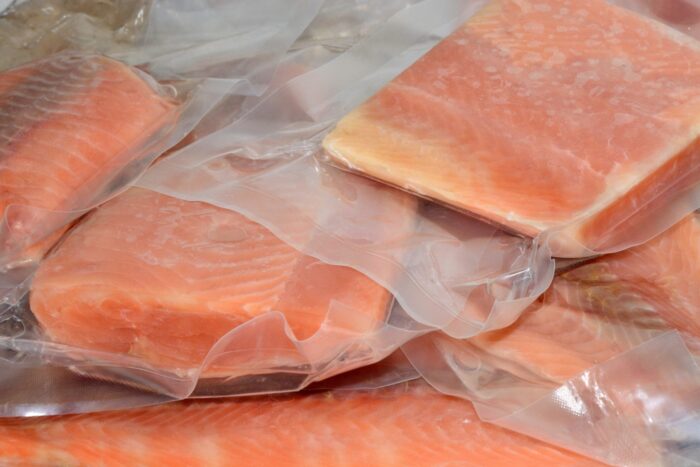 CATCH and KEEP a FISH!!!
By Montana Grant

Not all anglers fish, so they can throw back their catch. Some fishermen enjoy eating their legal catch. In many of Montana waters, Catch and Release makes sense since the catch has Consumption Warnings on them. Any watershed originating in Yellowstone Park is contaminated with lead, mercury, and other natural contaminants. Gold miners also dumped mercury into the watersheds when panning their gold.   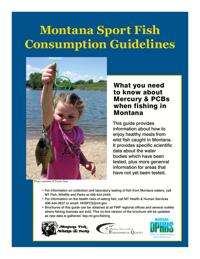 If you plan to eat a fish, here are some tips to help the fish taste its best!

Kill the fish immediately    Break the fish’s neck, clunk it in the head, or use a knife to stick into the brain. A log or Billie is often used to hit the fish. Large fish, like Halibut, are often shot in the head with a pistol. Gaffing or harpooning a large fish often damages the meat, depending upon the placement of the point.

Don’t play the fish too long    When the fish is fighting, lactic acid builds up in its muscles. This changes the flavor.

Put the fish on ice    Cooling the fish quickly protects and preserves the fish from decomposition and bacteria.   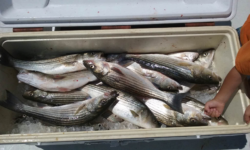 Bleed the fish    Make a cut at the gill isthmus, throat, of the fish. This will quickly bleed the fish. Big fish can be towed behind the boat as they bleed out.

Fresh fish is often the best! If you freeze your catch, place in a sealed container without any air. I use Styrofoam trays to lay filets onto. I then use a few layers of plastic wrap to cover and seal. Labeling the package identifies where, what, and when the fish were caught. Try to separate fish into meal sized portions, or legal limits. Possession limits mean twice the daily limit. If you have more than that in your freezer, you are in violation.

When thawing out he fish, let the fish thaw in the fridge. Running warm water onto frozen filets starts to cook them. The fish will become soft and loose texture and flavor. Frozen fish are best within 3 months but can be used within 6 months. After that, freezer burn usually ruins the fish.  

Fish are tasty, healthy, and wonderful to eat, when prepared properly.