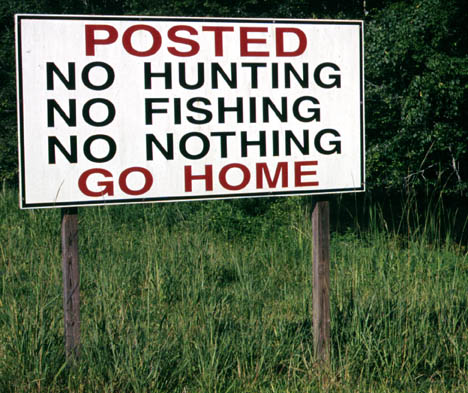 FOR KINGS AND QUEENS!!!
By Montana Grant

Hunting and Fishing are endangered. The freedom and access to outdoor recreation is changing. America is growing in population, wealthy people are moving to historically open and free states, such as Montana, and No Trespassing signs are being posted. Access is becoming only for the privileged few.   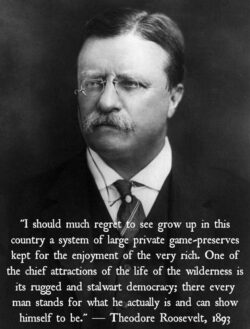 This is not a new experience. Europe once had open waters and forests until the Kings, Queens, and wealthy sucked up the public spaces. These once free spaces are now only for the chosen few. The working class has little or no access.

In Montana, wealthy out of staters, new landowners, and greedy locals have closed once accessible areas. Outfitters and guides are handing out cash to secure leases. Much of Montana’s Public-School Trust Lands are landlocked within private and closed off properties. Our Fishing Access laws are hated by many wealthy landowners.

Disrespectful sportsmen have also ruined access for the rest of ethical and honest Montana sportsmen. Every time they cut a fence, poach a critter, trespass, leave garbage, and break the law, all Sportsmen get trashed. Sadly, we may see the end of “public” hunting and fishing as we used to know it.

Money talks and sportsmen walk. Landowners can’t afford insurance and damages caused by outlaws. They have become gun-shy after years of untrustworthy interlopers. Politicians make laws and regulations to protect their own interests and access.

Teddy Roosevelt knew about this problem a century ago. That is why he established laws that created and protected public lands. Our National Park system expanded dramatically when President Roosevelt secured much of today’s public lands. He used a loophole in the law to go around Congress and protect wildlands. The Congress quickly closed the loophole in short order to protect their wealthy interests, but Teddy had done his job well.

Once friendly landowners are dying off. Family members have no desire to farm or manage the land. Instead, they sell it off, build a trophy home, fence it up, and make it off limits. Many sportsmen, that have had years of excellent private access, may be in for a surprise when their old farmer friends pass.

Cherish your public access or private permission while you have it. Create friendly and honest relationships with generous landowners. Once it becomes off limits, good luck knocking on doors for a new access or hunting spot. Be courteous to other sportsmen when fishing and hunting on more crowded waters and forests.

We are all in the same boat.