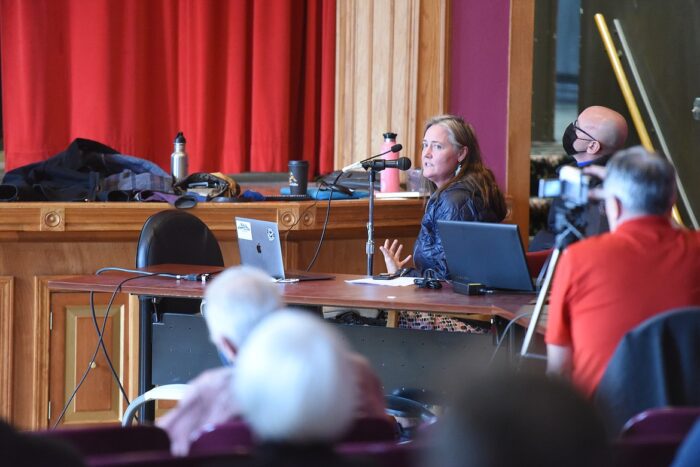 If recent data from peamouth chub and other fish hold valid insight — and at least, biologists in Montana believe they do — selenium levels at Lake Koocanusa reach as high as 250 percent of what’s allowed in Montana waters.

Moreover, nearly half of the lake chub sampled for the data in 2020 from Montana Fish, Wildlife and Parks tested too hot for the trace mineral, often far exceeding the new statewide threshold for selenium in dried fish egg and ovary tissue.

Such tissue sampling serves as a key federal criterion in assessing selenium toxicity.

FWP now awaits additional results from comparatively limited specimens collected in 2021 but plans to join the U.S. Geological Survey this year for another round of robust sampling to further gauge selenium contamination in the popular Northwest Montana reservoir and water supply.

And “we had exceedances in some of the highest concentrations that we’ve seen, in several species,” Trevor Selch, a Helena-based FWP fisheries pollution control biologist, said while discussing the 2020 fish data.

Read the full article by John McLaughlin via The Western News here.