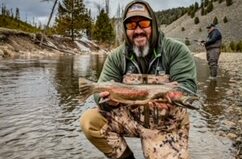 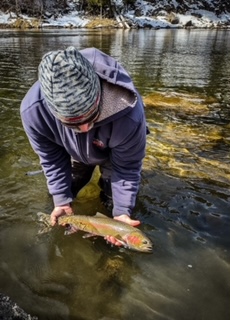 River conditions were stable throughout the week with low flows and clear visibility upstream of the East Fork and slightly cloudy visibility downstream of the East Fork. Water temperatures on Sunday ranged from the mid to upper 40s. Currently, the Salmon River is flowing at 935 cfs through the town of Salmon, ID which is 44% of average for today’s date.

This will be the last upper Salmon River weekly steelhead fishing report issued for the spring 2022 season.