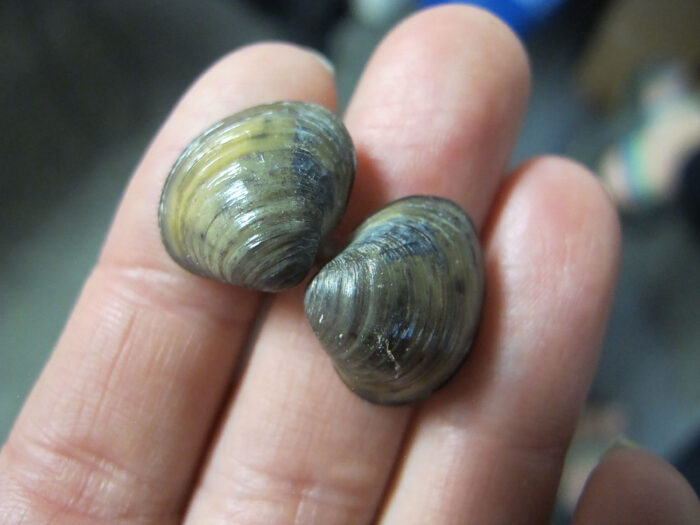 Water returning to Lake Elmo; dozens of improvements wrapping up
By angelamontana 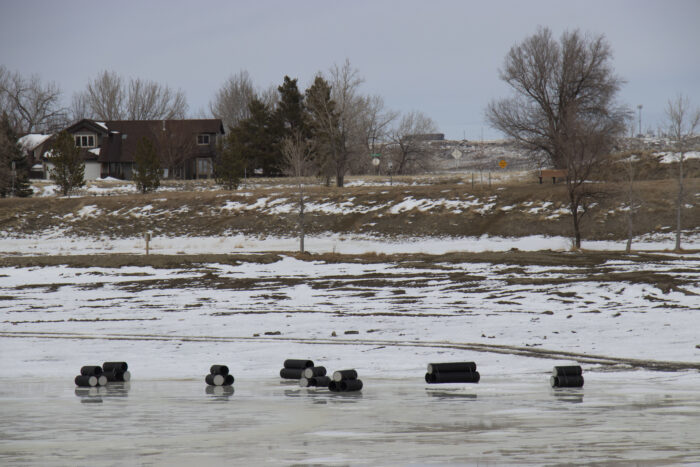 BILLINGS – This week marks the beginning of the end for a historic event in the evolution of Lake Elmo State Park in Billings Heights.

Water from the Yellowstone River flowing through the Billings Bench Canal reached the headgate leading into Lake Elmo and will start to fill the 60-acre irrigation reservoir that was drained last fall. As the water level rises 16 feet to full pool, it will cover dozens of new features for fish in a lake now free of the one undesirable thing that sparked the whole project.

Montana Fish, Wildlife & Parks biologists drained Lake Elmo as much as possible last fall to try to rid it of Asian clams. The invasive mollusks were discovered in the reservoir in 2019. They threaten not only the desirable aquatic life in the lake, but also anything they touch downstream – including irrigation and domestic water intakes.

Asian clams are found no place in Montana other than Lake Elmo. Extensive searches found they had not spread downstream into irrigation ditches, nor were they evident upstream in the Billings Bench Canal. To keep it that way biologists knew they had to eradicate them in place. Studies and conversation with biologists and scientists elsewhere in the country showed that freezing, starving and drying out the clams was the only way to kill them en masse.

So last fall, the irrigation district opened the headgate that drains the lake. Pumps ran non-stop for weeks until the reservoir would give up no more of its water. Biologists believe that all of the clams – which apparently prefer the soil nearer to shore – were exposed to the cold, dry Montana winter air.

While the lakebed was dry, FWP added features that would be difficult to build with a reservoir full of water. Contractors and FWP staff with bulldozers, excavators and other equipment worked through the winter on fish habitat, trails, bank repairs, jetties, a new headgate and access.

Biologists scattered bundles of brush – weighted down with rocks and concrete – in the empty lake. Fish will use them to hide and spawn. Biologists lined new earthen jetties with big rocks that will give baitfish a place to escape from bass and other hungry predator fish. PVC pipe was fashioned into catfish condos – exactly as they sound for our barbelled species – and artificial reefs where smaller fish can reproduce and hide. Pea-sized gravel went onto 100-foot-long beds in the Lake Elmo shallows to give bluegills, bass and other fish a place to spawn. Trenches were dug to give the lake more depth in places.

Those improvements will disappear to the human eye as the water rises to the bottom of Roger’s Pier and covers the toes of the boat ramp and swim beach. Top-side projects including hard-surfaced trails, jetties and bank repairs will make the lakeshore much more usable for everyone.

Within weeks, FWP will start adding fish back to the lake, starting with rainbow trout and catfish. Minnows, bass, crappies and perch will follow.

And the cycle will be complete, with the threat of Asian clams eliminated and Lake Elmo improved in dozens of ways for the fish and for the people who visit every day.

(I have higher-resolution versions of these photos available. Please give me a call if you need them. I also have numerous video clips of construction work, including drone footage.  – bg)

Asian clam shells picked up from the Lake Elmo lakebed are evidence that the invasive mollusks have been in the reservoir for several years.

Plastic pipe catfish condos – designed to do exactly as they sound — will provide habitat for channel catfish in Lake Elmo.

FWP fisheries technician Brad Olszweski ties together artificial reefs, made of plastic pipe, that will give small fish a place to hide from predators and spawn when Lake Elmo is refilled.