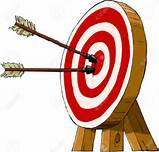 6 ARROWS A DAY…
By Montana Grant

Will make the misses go away! Bowhunting is hard. It requires practice. Shooting a bow is a perishable skill. Without consistent practice, archers will lose their muscle memory, accuracy, and confidence.   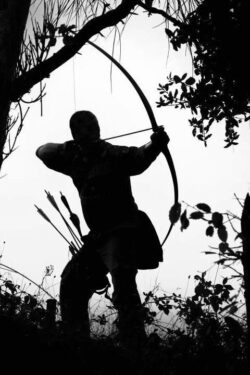 The sunrise was at 6am and you hiked into the mountains to hear the first Bull bugle. The big bull was right on time, and you quickly closed the range to les than 100 yards. A few chirps, and the bull is coming in. Now you need to nock up, hook up your release, get into position, and wait for the close shot. All my bow kills have been under 20 yards. I practice at longer ranges but for me the whole point of bow hunting and calling elk is to bring them in close. The skill is more about being a good hunter and caller. Shooting is important but with practice, is more methodical and instinctive.

Practice teaches and trains you how to allow your shooting skills to make you the Terminator. Practiced shooters focus on hand to eye coordination and when to release, where to aim, and how to stop the bull before and after the shot. No Buck fever, shaking, fear of missing, just the focus of doing one thing at one moment. Range, movement, aiming, timing, and calling to stop the target is enough to worry about. You also need to cow call after the shot to keep the bull from running off. 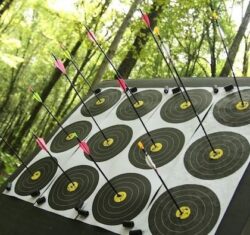 I once guided a Georgia bowhunter on private land. The area was like a zoo for elk. Before I took the archer afield, I made him shoot 6 arrows at different distances from 10-50 yards. He placed every arrow perfectly. That morning, we hunted until noon. I had called 5 350 plus bulls into 20 yards or less. He shot and missed all 5 broadside bulls! This range practiced hunter just got too excited. The closest elk shot he had ever taken was over 50 yards. He rewarded my efforts with a huge tip and bragged about how this hunt was the most exciting he had ever had.

Shooting a target is easier than shooting an elk. Target shooting will give you part of the skill. You still need to learn how to hunt. No one thing is more important than another. They are all important and required to complete the task.

Try shooting in the woods. Take a portable target. Shoot seated, kneeling, from a tree stand, or mimic the area that your shot will be like. Your first shot is always the money shot. Shoot each arrow from different angles, ranges, and conditions.

6 varied shots a session is way better than 30 shots from the same place. At camp, take a target along for a few quick warm up shots before you go afield to hunt. You will shoot better, smarter, and terminate the targets more ethically and accurately.

Practice makes perfect. Now is when the hunt begins.