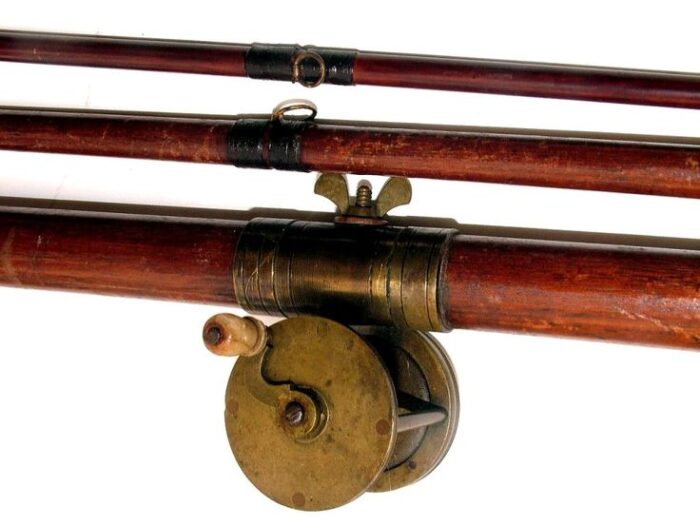 AN OLD SPIN!!!
By Montana Grant

Spin fishing is a favorite of many anglers. Other fishermen enjoyed cane pole and bait fishing. Izaak Walton is the father of Fly fishing. Daniel Webster enjoyed fly casting a brace of wet flies in pursuit of Brook trout. Whether you cast a fly, bait, or lure, a different type of tackle is needed.

Casting was more about whipping or swinging a rod. Line was secured at the base of the pole and hand lining with the pole was the skill required.   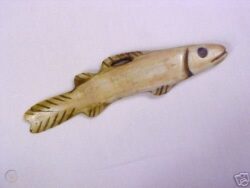 Later, fishing reels were invented. The first major reels were made by companies like Airex and Mitchell Garcia. These functional reels were state of the art in their time and changed spin fishing forever.

Newer reels meant better control, speed adjustments, swap out spools, and most importantly a drag. Having a resistance feature, such as a drag helped land more bigguns!

Spinning lures could be made from almost anything that might reflect, shine, wiggle, flutter, or make a vibration. Lures mimicked prey that would attract the attention of bigger fish.  

On one opening day in Maryland, my brother and I fished Frank Bentz Pond. The small pond was stocked with big brook trout. The day before opening day, we would explore and visit the pond to see what fish were going to be available. I picked up several beer can zip tabs and tossed them into the pond. For those who are unfamiliar with a “zip tab”, they were disposable can openers that pulled free of the cans when opened. People would just toss them aside.

When I tossed the tabs into the pond, the trout went crazy! We went back to camp with a hat full of zip tabs and secured them to hooks. Our limits the next day were caught using our new zip tab spinners that fluttered so well.

Ice fishermen also use shinny jigs and other attractors tipped with some bait. Lures, lure the fish in and the bait can’t be resisted.

There are so many spinners, lures, crankbaits, and plugs that can be fished with a spinning rod. Catalogs are filled with choices. Every angler has their favorite. They come in silver, gold, colors, and all sizes and configurations. Sometimes simple is best.

Try a new spin the next time you go fishing.