The Indian Wars were nearly over when Chief Joseph and his tribe of Nez Perce Indians were trying to escape the Calvary and head into Canada. As the tribe crossed Yellowstone Park and Montana, they crossed many great fishing holes.

In pursuit, along with a large command of General Gibbon, was Captain Frederick Benteen. We remember him from the Battle of the Little Bighorn. It was here that Custer and his command perished in June 1876. The last message from Custer was carried by trooper Martini to find Captain Benteen and his supply train. Custer had sent him to head south up the Little Bighorn River. When the message arrived, Benteen was to “hurry and bring packs, repeat, bring packs”.   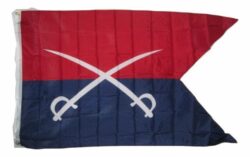 No one ever mentioned what Captain Benteen, and his troops were doing. The upper Little Bighorn River does support trout, and he always packed his trusty fly rod and gear. It turned out that Benteen was late, and Custer and his troops went fishless, and were gut hooked, as Crazy Horse and Sitting Bull defended their private waters. Captain Benteen’s leadership and skill did save the surviving soldiers from getting wiped out.

Benteen was again true to form when he and a company of the 7th Calvary engaged the Nez Perce at the battle of Canyon Creek in September 1877. Captain Benteen led the charge with a fly rod in his hand! He madly waved his fly rod as he and his command waded into the enemy. Bullets whizzed by his head like a swarm of salmon flies during a June hatch. His soldiers all mentioned how he “cast considerable coolness and courage under fire.” Benteen counted coups with his fly rod as they charged into the encampment near the Yellowstone River.   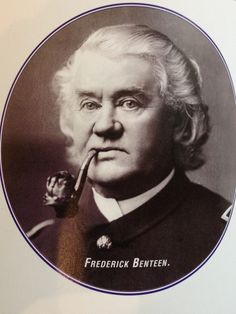 Perhaps he had been fly fishing prior to the battle and was in a hurry to not be late again! Any respectable fly fisherman knows what it is like to have to leave great fishing. No one remembered if the rod survived the battle.

Ironically, the charge was near where Silas Goodrich, the best fisherman on the Lewis and Clark expedition, had fished in the early 1800’s. He was the first documented explorer to catch Cutthroat trout along the Yellowstone River.

After the surrender of the Nez Perce tribe, Chief Joseph asked to meet the “officer, that was wearing a buckskin jacket, chewing a pipe, and madly waving a fishing rod, that was so hard to kill at Canyon Creek.” No one recorded what they talked about, but they probably bragged about their fishing gear and catches. The Chief certainly noticed the fly rod and may have wondered if it was a Winston or a Sage.

Only a fly-fishing purist would go into battle armed with a Fly Rod!