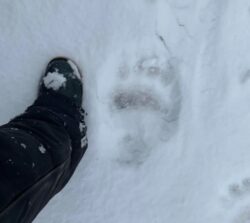 It was spotted near the old airport in Madeleine-Centre, far south of its normal habitat.

After asking residents of a community in the northern coast of the Gaspé Peninsula to hunker indoors for nearly 24 hours after the sighting of a polar bear, provincial police say it’s now safe to go outside.

The Sûreté du Québec (SQ) issued the warning at 1 p.m. on Saturday after the bear was spotted in the area of Madeleine-Centre, Que. by the site of the former airport.

The bear was located and killed at around 8:30 a.m. Sunday following an aerial search, wildlife officials said. According to them, it was not safe enough to relocate the bear to its original habitat.