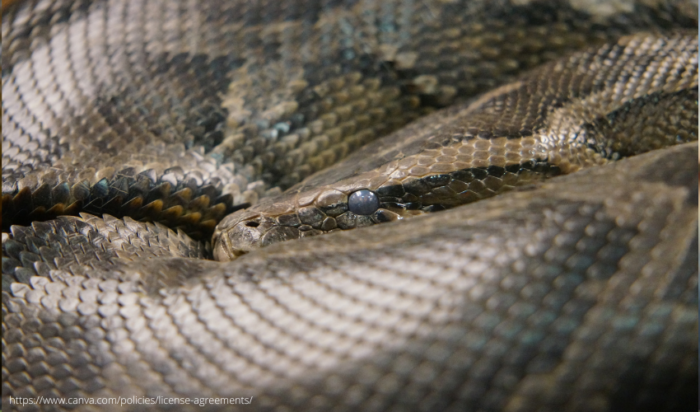 Just as Montana has invasive species, such as carp–hence the annual Canyon Ferry Carp Safari–so do other states.  Florida has been battling their python problem for many years.  As a matter of fact, the issue is really bad; so bad that the state has a Florida Python Challenge to help make progress in removing the invasive Burmese pythons that “wreak havoc on the ecosystem”.  Before the news broke with Field and Stream of two giant pythons, 19 hatchlings, and 23 eggs being located and removed in Big Cypress National Preserve, by snake hunter Alex McDuffie with the help of a fish and game officer, just north of the Everglades, Governor Santos announced the 2022 Florida Python Challenge in a June press release:

MIAMI — Today, Governor Ron DeSantis announced that registration for the 2022 Florida Python Challenge® has opened and the annual 10-day event will be held August 5-14, 2022. Members of the public are now able to take the required online training and register to compete to win thousands of dollars in prizes while removing invasive Burmese pythons from the wild. The competition is open to both professional and novice participants.

“The Everglades is one of the world’s most prized natural resources, and we have invested record funding for Everglades restoration projects, including record funding for removal of invasive Burmese pythons which wreak havoc on the ecosystem,” said Governor Ron DeSantis. “Because of this focus, we have removed record numbers of invasive pythons from the Everglades. I am proud of the progress we’ve made, and I look forward to seeing the results of this year’s Python Challenge.”

“The Florida Everglades is an iconic habitat in Florida and removing Burmese pythons from this ecosystem is critical to the survival of the species that live in this vast wild area,” said FWC Chairman Rodney Barreto. “Under the leadership of Governor Ron DeSantis, the FWC and our dedicated partners continue to have great success conserving our native wildlife and managing this invasive predator.”

At least we aren’t dealing with invasive pythons in Montana.