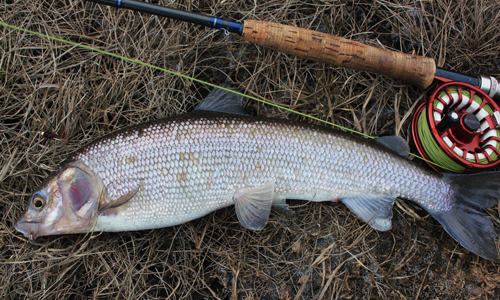 Fishing on Flathead Lake for Lake Whitefish is so much fun that it has produced annual questions among anglers that go after the tasty table fare.

The questions? Are the whitefish biting? Or when are the whitefish going to bite? The answer for “are the white fish biting” right now is for the most part no. Yes there have been some caught but one here and two there certainly doesn’t deserve a resounding yes.

The answer to the second question of “when will the bite start” is anybody’s guess. Since that happens to be the case, I thought I would ask a couple of anglers who make a living off anglers who fish Flathead Lake.

“It is still early,” said Dick Zimmer, from Zimmer Tackle home of the whitefish-famous rattle-d-zastor lure, “I always tell people that you should look for the around the 20th of July.”

Matt McCombs, from Mo Fisch Charters, who fishes the north part of the lake had this to say: “I tell people to look for around the 15th. Right now, most of the folks I know are fishing for lake trout and have not started on the whitefish.”

Zimmer sends some of his customers to fish Elmo Bay or the Big Arm on Flathead Lake, an area where, in past years, the whitefish have shown up first.

Last year, however, the whitefish bite really never took off like most people had expected. The lake whitefish fishing was below average.

At times, boats of anglers did very well on the river delta and off of Woods Bay. But the bite was certainly not as consistent as it had the year before.

Nobody exactly knows why the bite was off last year and some local anglers are hoping it comes back strong this year. I guess only time will tell as anglers wait for the whitefish to start biting.

“Lake trout fishing on the river delta continues to be hot,” said McCombs. “We are trolling a dodger with a glow white squid about 30-40 feet deep on the mid-lake bar which runs about 100-120 feet deep.”

Pablo Reservoir is producing some largemouth bass according to Zimmer. “I have been selling some spinner baits to anglers fishing the reservoir.”

The Flathead River has had some excellent small mouth bass fishing. Perch fishing has been good on Lake Mary Ronan.

“With the water warming up, the northern pike fishing is getting better every day,” reports Tom Jenner from Seeley lake in his weekly e-mail fishing report. The weeds are up so weedless spoons or spinner baits are what Jenner has been using on both Salmon and Seeley Lake.

The Clearwater River, where it runs out of Seeley Lake, can also be good for pike and perch according to Jenner. You will have a better chance for the bigger perch early in the morning by using a jig tipped with a piece of nightcrawler.