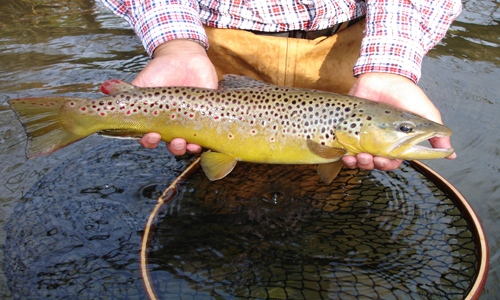 September is truly a month to enjoy
By Hookemharry

Don’t you just love the month of September in Montana? I know I do.

My biggest challenge is to find time to partake in all the hunting and fishing that Montana has to offer this month.

I am still in the fishing mode as of right now but will slowly turn to hunting as the month winds down.

Bowhunters have been marginally successful according to Brad at H and H Wild Game Processing in Missoula. “Right now we are getting our normal 2 to 3 animals a day but that will change once the backcountry season opens, as it did Tuesday, and the weather starts to cool down a little during the day,” he said.

In the meantime, fishing has been good. “I just want folks to know that the creek is fishing very well and the bigger fish are becoming more active as the water temperature starts to drop,” said Doug Persico at Rock Creek Fisherman’s Mercantile. Persico added that even though the creek is fishing well, you won’t have to fight the crowds because of the time of the year.

Lake trout fishing has been excellent, according to Matt McCombs from Mo Fisch Charters at Lakeside. “It will only get better as the lake trout start to prepare for their spawn,” he said. “I have also heard reports that anglers are catching some nice kokanee out of Swan Lake and the northern pike fishing should also be picking up there too!”

My son Harry and I went fishing at Georgetown Lake last week and we did not get a bite for our five-hour effort. We were trolling midge wobblers and needlefish but didn’t have any luck.

That however was not the case for Don Beardsley of Missoula and his two buddies that were fishing the lake at the same time. They were trolling 2 and a half to three colors of leaded line while we were just going about a color and half.

When I asked them how they managed using the same set-up as us to catch six salmon and trout while Harry and I couldn’t even get a bite they responded, “You need to fish the depth that the fish are.” Makes sense to me – maybe next time.

The trout fishing and walleye fishing has been reported to be excellent on the lakes over by Helena. The boat ramp on the Holter reservoirs lower campground is closed for construction but the campground is open.

The road to Log Gulch campground is open but that campground is open for day use only and that boat ramp is open due to the recent wildfire. The ramp at the Gates of the Mountain is open so you can access Holter Reservoir that way too! I recommend you call Paul at the Canyon Store for current info at 235-4111.

Woody Shuler of Townsend has had success on the walleyes fishing a ¼ ounce Excells with 3 inch gulp minnows in smelt.

Upper sections of both Hauser and Holter seemed to produce more walleyes than points and bumps.