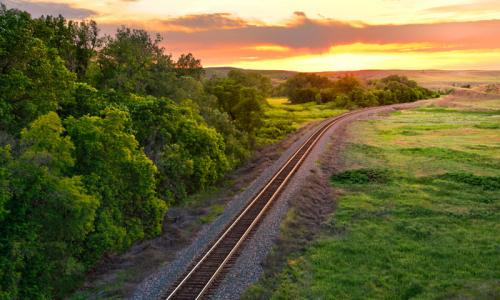 Setting out on a new decade in the outdoors
By Hookemharry

A new decade is just hours away. That amazes me.

I can still remember the big buildup to the coming of Y2K. It doesn’t seem that long ago, yet here we are already 10 years later.

I have been told the older you get the faster time goes. The 10 years since 2000 have been interesting for me to look back on in many areas of my life.

When the decade started, we had just a year behind the microphone of starting the Montana Outdoor Radio Show. The crew remains much the same with two exceptions. Elza Ostrom, who handled the phone calls, passed away two years ago and my buddy and co-host Wayne Knudson decided to retire earlier this year.

Gary Pearson and Denny Bedard are still involved and, this past year, my son Harry, who was 9 years old when we launched the show, is now 21 and became my co-host. Billings Gazette Outdoors Editor Mark Henckel has been with us on the air since the start and still handles our Web site, montanaoutdoor.com.

Places that I love to fish have changed since 2000 – some for the better, some for the worse. Hauser kokanee salmon fishing was starting to wind down as the decade began and now it’s pretty much non-existent, but Hauser still boasts some good trout fishing and fair walleye catching.

Holter Reservoir seems to be fishing the same with great trout, fair walleye, and poor kokanee salmon fishing. The big story however in that part of the state has to be Canyon Ferry Reservoir.

Walleye fisherman discovered Canyon Ferry as a dynamic lake to catch nice size walleyes and draws hundreds of boats daily during summer. The Canyon Ferry Walleye Festival has developed into the most popular walleye tournament in the state.

Fort Peck Reservoir had a tough decade. The Chinook salmon bite was good at the beginning of the decade but the lower water seemed to take the good bite with it. Northern Pike fishing was very strong heading into the decade but it also became poorer as years went by.

The good news is the water elevation is up by almost 20 feet going into the New Year and the fishing for all species in the lake has improved this past year – most notably a big resurgence in walleyes.

It has been a good 10 years for Flathead Lake anglers. The large lake has developed into a trophy lake trout fishery. Over the decade, the daily limit on lake trout was raised to 50. At the same time that daily limit was accompanied by a slot limit.

The lake whitefish bite on the lake came on in the middle of the decade, but in the last two years has fallen off.

What does the next decade have in store for your favorite lakes and rivers in Montana? All we can do is wish all of us the best in Montana’s outdoors in Y2K+10.