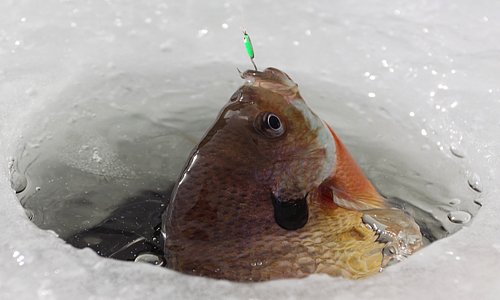 Start Your Ice Augers
By Hookemharry

Ladies and Gentlemen, “Start Your Ice Augers’. Yes, it is that time of the year, when lakes in Montana start to get a layer of ice on them. The Ice has started to form on the lakes but the advice is to be careful. It is early ice and the fishing reports are starting to trickle in. A popular ice fishing spot is Georgetown Lake. Reports have the lake with as much as 7-inches of good ice with most of the ice in the 5-6 inch thickness. The few fishing reports that I have received say the fishing is ok in the mornings off Red Bridge for small kokanee salmon and pan size rainbow trout. Some anglers report fishing in about 19 foot of water below the ice.

Browns Lake up by Ovando has 5-6 inches of ice and is fishing well. “We caught about 12 rainbows on Saturday with about half of them 3 pounds or better”, said Jim Johnson from Hi Country Snack Foods located in Lincoln. Johnson said that they caught most of the nicer fish on eggs sacks just off the bottom.

Up in Northwestern Montana some of the lakes have enough ice to fish safely on them. “Smith Lake has 3-5 inches of ice and I did very well with the northern pike a few days ago”, added Chauncy from Snappys in Kalispell, “I was jigging a northland tackle spoon and caught a lot of small pike and occasionally a larger one”. Rogers Lake also has 2-4 inches of ice and Hubbard Reservoir has enough ice to fish for Kokanee salmon and trout according to Chauncy.

Mike at Bob Wards in Hamilton reports that the whitefish anglers are still doing well on the Bitterroot River. Most are using a whitefish fly or maggot. Some fly fishing anglers that braving the freezing temperatures are also having some luck on the local rivers

The steelhead fishing has been good for the most part in Idaho. “Folks are having some good luck on the Clearwater River between Orphino and Kooski in the river”, said Bill Brown from Bob Wards in Missoula. One thing to watch out for is the water level on the river. If the water flow goes down then fishing will be slower. Brown also reports that Salmon and Seeley Lake also have about 3-5 inches of ice but be careful by the inlets where the Clearwater River comes in to both lakes

Waterfowl hunters that hunt the rivers and warm water sloughs and creeks are doing well. The cold blast of weather the area received a couple of weeks ago increased the number of ducks and geese that started their migration south into Western Montana. Decoying is working well if you can find a point or spot of open water on the local rivers.

Speaking of waterfowl the local Ducks Unlimited Banquet will take place this Saturday December 11 at Bretz RV on Grant Creek Road in Missoula. You can get your tickets by calling Jack White at 406-544-7595 or 406-493 7077. Everything starts at 5:30 with no-host cocktail and then followed by dinner around that will start around 6:30pm.