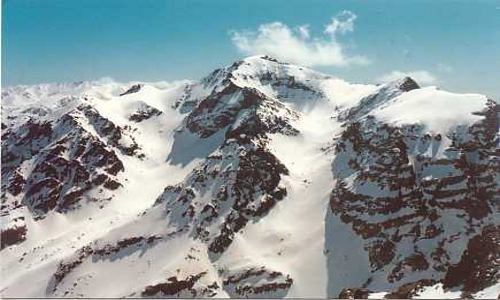 Western Montana will see 2010 go out as a winter wonder land. The ice anglers, snowmobilers, and skiers have been taking advantage of the snow and the colder temperatures. Most of the ski hills have the best snow they have had in years during this time of the year. Ice anglers have had their pick of where to go and drill a hole through the ice to try and catch some fish.

My son Harry and some buddies went to Browns Lake last Sunday. They met Jim Johnson from Lincoln who has had some pretty good luck on the lake. The boys caught one fish while Johnson ended up with five trout through the ice. Johnson was using an egg sack just off the bottom. Must be Johnsons touch since Harry and his crew ended up with only one troutt. The lake has a good 7-8 inches of ice.

Georgetown Lake has good ice and the trout fishing is good. The kokanee salmon fishing is spotty according to Mike at Bob Wards in Hamilton. The ice is good and the ice fishing has been fair for walleye and trout on Canyon Ferry Reservoir around the Silos. For up to date info on that part of the lake call the Silos RV store 266-3100.

Ice is good up in the Seeley and Salmon lake area. I received an e-mail from Jaylund Rammell that included his daughter Kaylee in a picture with some northern pike that she had caught through the ice using tip-ups on Seeley Lake.

North of Missoula ice fishing on some lakes is pretty good for perch and northern pike according to Chauncy from Snappys in Kalispell. The Thompson lakes and the upper and lower and  Stillwater Lakes have been producing some nice perch and  northern pike. If you want to try some grayling fishing then head to Rogers Lake where ice anglers have been catching some grayling through the ice.

East of Missoula the lakes are getting some nice ice on them. Lake Francis has had some reports of good walleye fishing for ice anglers jigging a rapala. The walleyes have been fairly good size according to Chauncy from Snappys with anglers fishing around the island.

Fort Peck Reservoir is finally getting some decent ice. In some parts of the lake ice anglers are still walking on but this week reports are that they are taking snowmobiles and ATV’s out on the ice. Crooked Creek on the west end of the lake is open for ice fishing for the first time in about six years because of the water level. Bob’s Bait Shop 406-429-2086 in Winnett is selling minnows but you best call ahead to a make sure he has minnows in stock when you want to go fishing. Bob also handles cabin rentals for Crooked Creek.  Other stores selling minnows include Roberts Bait and Tackle in Great Falls and Dons Sporting Goods in Lewistown.  Have a safe and Happy New Year!