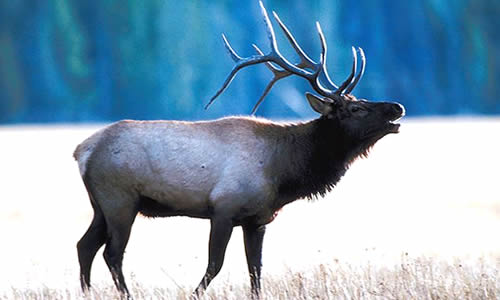 BILLINGS, Mont. – Montana Fish, Wildlife and Parks is offering a reward of as much as $1,000 for information leading to convictions in two poaching cases over the weekend near Reed Point.

FWP Game Warden Derek Fagone of Big Timber said someone shot a 7X7 trophy bull elk from a public road along the East Fork of Lower Sweetgrass Creek north of Reed Point over the weekend. The elk, which was on private land, was left to waste.

Also over the weekend, someone shot a mule deer doe south of Reed Point from a county road. The deer was left to waste. FWP Game Warden Paul Leupke of Columbus said the deer was on private land and probably shot at night.

Anyone who offers information that leads to a conviction in the case may qualify for a reward of up to $1,000 from 1-800-TIP-MONT.

The 1-800-TIP-MONT program is a toll-free number where people can report violations of fish, wildlife or park regulations. Callers may remain anonymous. It is similar to the well-known Crimestoppers program and offers rewards for information resulting in apprehension of persons who abuse Montana’s natural, historic or cultural resources.