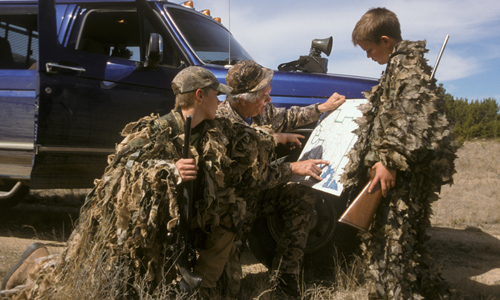 Know Where You are Hunting
By Hookemharry

We are ten days away from the opening of the Montana Elk and Deer general rifle hunting season. Hunters have already been busy with the opening of waterfowl, pheasants and antelope hunting seasons earlier this month. No matter what species you are hunting in Montana hunters need to know where they are hunting and if it is private land permission to access the land is required.

There is a product out that in my opinion every hunter should take serious consideration in owning. HuntingGPSmaps.com has created a mapping system that can be used in many Garmin GPS models. This mapping system has been available to hunters for over a year now. In fact last October Brett French wrote an article that appeared in the Missoulian (Google “Company’s GPS maps reveal public lands for hunters) The story explained how this mapping system, which was created by Eric Siegfried of Missoula, could help you stay within the property lines on the land you had permission to hunt and stay off of land you didn’t have permission to be on even if that land wasn’t clearly posted. French explained that he was on Bureau of Land Management (BLM) property and was “test walking” a Garmin unit to see how well the land information on the SD card that was inserted in the GPS unit worked. He wrote among other things that he thought the public lands overlay as a great tool for reaching isolated sections of state land, some of which are accessible through narrow strips of BLM land.

I decided to purchase a Montana mapping chip for my Garmin 450 Oregon GPS unit. My first hunting trip that I was able to test it out for myself was the opening of waterfowl season in Montana. That weekend I hunted on the Flathead Indian Reservation. I found the information to be very useful. As I drove down gravel roads north of Charlo Garmin GPS would tell me who owned the land on each side of the road. It also broke out the tribal land that was owned by the Salish and Kootenai tribe and separated out the private tribal land while displaying the land owner name on that parcel. I think this feature would be very helpful when trying to obtain permission to hunt. It also showed me what land was owned by Montana Fish Wildlife and Parks.
To date the Missoula based company has been very successful in expanding its business model. “We currently have our mapping system available in 21 states including all 11 states in the west, Alaska, and 9 states in the Midwest,” said Rob Hart, Business and Product Manager. On top of providing a unique GPS product their company is helping create jobs right here in Missoula, Montana. “We have Eric, myself and 6 other people employed by Montana Mapping with two of those being part-time positions”. added Hart, “we are currently looking for someone to further the development and maintenance of APP-based maps for I-phone and Droid markets”. The SD cards sell for $99 and can be purchased at local sporting good stores. For more information log onto HuntingGPSmaps.com or call 208) GPS-MAPS