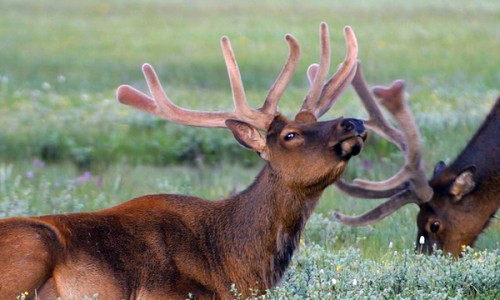 Elk and Deer Harvest Lag in West-Central Montana
By Hookemharry

Region 2 – One week remains for big game rifle season, and so far hunter harvest totals for deer are about 25 percent behind this point in the 2010 season in west-central Montana, while elk harvest is only slightly down.

Deer harvest lags region-wide, due largely, Montana Fish, Wildlife & Parks Region 2 Wildlife Manager, Mike Thompson, says to a low number of “B licenses” that are available to hunters. These licenses allow hunters to harvest an antlerless deer, in addition to the deer they can take with their general Deer A license.

FWP made a large cut to in these “B” licenses in 2010 and another slight cut this season because of decreases in mule deer and white-tailed deer numbers in many parts of the region.

“Right now our hunting regulations are prescribing a lower hunter harvest to help deer numbers bounce back in the areas where they need to,” says Thompson.

Antlerless “B” licenses for elk are also limited in many parts of the region, but overall, regional elk harvest totals are down just slightly from 2010 and 25 percent from the five-year average region-wide.

Most of the cut in elk harvest is coming from the southern Bitterroot valley, where hunting for elk is almost completely closed in the West Fork (HD 250) except for a few permit holders, Thompson says, and more limited in the East Fork (HD 270) than it used to be just a few years ago.

At the Anaconda station, elk harvest is up from 2010 and the long-term average and the Bonner check station’s elk tally of 88 is up slightly from 83 last year.

“The deer rut and snowfall has some hunters excited to get back in the field and give it one more go this year,” Thompson says, “And many of those hunters are having success. But overall, folks are being more strategic about when they hunt and are not out there day after day, trying to fill the special tags like they have in some years.”

Overall, over seven percent of hunters that passed through one of the three hunter check stations harvested game, which is on par with 2010.

Hunter check stations are also recording the wolves that happen to pass through this season. The Darby station has checked nine wolves so far this season, and the Bonner and Anaconda stations have each seen one. Hunters are required to report their wolf harvest, and statewide, wolf harvest is at 89 of a 220 quota, and 18 of those were harvested in west-central Montana’s Region 2.