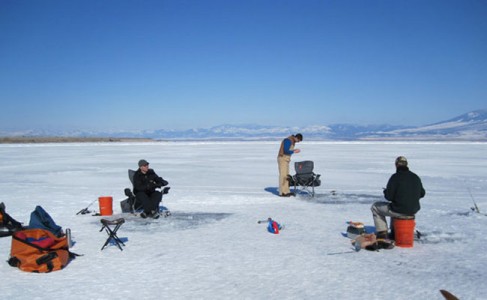 Hi, ANGIE from Bob Ward & Sons, & here’s where to fish in the HELENA region:

On the MISSOURI, there are very few people on the river…fish were rising this weekend due to the cloud cover. There were even a few boats on the river this past weekend. Based on the reports we received, those anglers were having solid success! Try griffin gnats or small parachutes trailed with emerging midge patterns. As usual, nymphing with pink scuds and midge patterns can pay off, especially up by the dam. If you use Streamers, try small, slow and deep! With water temperatures near freezing, the fish are a bit sluggish, but hey….there’s good news: Spring is on its way!

At CANYON FERRY, rainbow & perch fishing has been productive at the south end of the lake in 8’-10’ of water. There have been reports of 16” of ice at the Silos. Some jumbo perch activity using Hali spoons has been reported. For rainbow, fish about 6’ below the ice and use a black wooly bugger jig tipped with maggots. Use extreme caution if you decide to venture out on the ice!

As always, folks, be safe and watch for pressure ridges and open water! 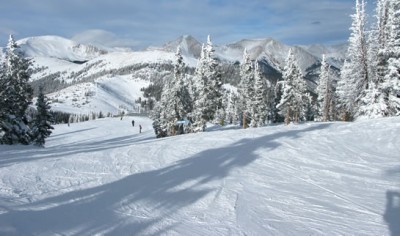 For you skiers, Great Divide Ski Resort has 2” of new snow in the last 24 hours. There is 48” of snow at the lower mountain, and 48” at the upper mountain. Lower mountain – – good natural and machine snow base, soft groomed surfaces. Upper mountain – – – Terrific with dozens of groomed trails. A little fresh surface powder is in existence! Showdown has 3” of new snow in the last 24 hours. Snow pack at the base is 36”, 51” at the summit…with powder, packed powder & machine groomed natural snow. All lifts & trails are open!

Come on in the HELENA STORE for WEEK 3 of our annual PROGRESSIVE SALE! The selection’s GREAT, & the prices are even GREATER! Expect to save on all the GEAR you want, whether you are looking forward to open Spring waters, or picking up Ice Gear for the winter yet to come! We’ll be back next week, folks!