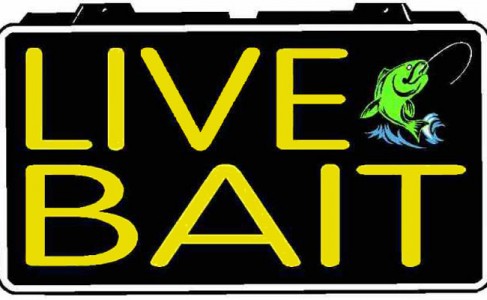 Montana Fish, Wildlife & Parks is not proposing to ban the use of live bait on Fort Peck Reservoir and the Missouri River.

A misunderstanding led to the false conclusion that FWP is seeking to ban time-honored fish temptations like live worms, leeches, and minnows from Montana tackle boxes. And that caught the attention of some Montana anglers.

“It certainly has the office phones ringing, but it’s not something under consideration,” said Ron Aasheim, FWP spokesman in Helena.

Aasheim explained that a proposal from the Montana Department of Agriculture has been misinterpreted. The proposal, set for release in April, is expected to designate two multi-county “invasive species management areas” where the water weed Eurasian watermilfoil is growing. One area includes the upper Missouri River and its tributaries above Three Forks, and the other is on Fort Peck Reservoir and the lower reaches of the Missouri River.

Under Montana’s Aquatic Invasive Species Act, MDA can designate such locales as invasive species management areas to battle the spread of natural resource damaging exotic weeds. The designation establishes mandatory boat inspections within the area and requires boaters and anglers to inspect, clean and dry their recreational gear before departing the area.

Within an invasive species management area, the law requires a prohibition on possessing any dead or alive “bait animal”—including critters like crayfish, leeches, and minnows, unless otherwise authorized by FWP.

“That’s the point of confusion,” Aasheim said. “To be clear, FWP is not proposing rules to ban the use of any bait allowed in the fishing regulations. FWP will, however, work with MDA to address the issue and to develop a rule that allows the use of live bait while still reducing the risk of spreading milfoil.”

Eurasian watermilfoil is easily spread from one body of water to another, primarily by the introduction of plant fragments entangled in boat propellers, keels and rudders. Stems can become lodged among any watercraft apparatus or sports equipment that moves through the water, especially boats and boat trailers. A milfoil fragment only a few inches long can form roots and grow into a new plant. Once established, eradication is nearly impossible. The plant can eventually limit recreational activities like fishing, boating and swimming by forming thick mats on the water surface and by altering aquatic ecosystems by displacing native plants important to Montana’s fish.

In April, Aasheim said, FWP will release a new bait rule to allow the use of live bait, while still reducing the risk of spreading milfoil in the proposed invasive species management areas. The comment period will include a schedule of public meetings and provide other opportunities to comment.

“The establishment of new invasive species management areas is a reminder to boaters and anglers to get into the ‘inspect, clean and dry’ habit,” Aasheim said.

This news release was provided by Montana Fish, Wildlife and Parks.  Visit their website for more information. “Inspect. Clean. Dry.”