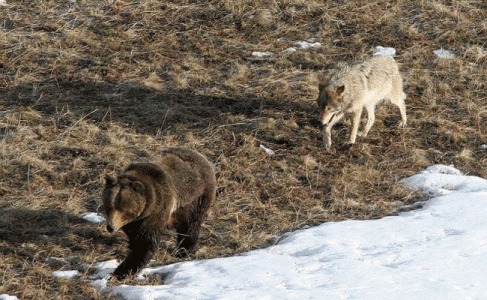 Commissioners slated review  the 2011-2012 wolf hunting season, and look at alternatives for next years hunting season, they will also discuss large predators and their impacts in Montana.

The FWP Commission set a quota of 220 wolves for the recent hunt, but only 166 wolves were harvested.  The hunt was supposed to lower the population of wolves between 7 and 25 percent. However, he population instead increased by 15 percent, from a known population of about 560 wolves to 653.

FWP officials said they were encouraged by the harvest, which they said is “more than a two-fold leap” over the 72 wolves taken by hunters in 2009, the first year Montana had a wolf hunt.

The commission will hear about other tools to increase the wolf harvest in 2012. Idea’s  include allowing hunters to take more than one wolf,  purchase more than one hunting license, allowing the use of electronic calls, reconsidering statewide quotas, and possibly increasing the length of the season.  The commission will also discuses trapping which would require a change in the current laws established in Montana.

“We were aiming for a minimum population of about 425 after the hunting season,” Maurier said. “Despite a six-month season that started in September, hunters were only able to take enough wolves to reach 75 percent of our wolf hunting quota. … We will definitely seek additional management tools to reach a better balance among wolves, prey populations, hunters, landowners and others.”

Check back with www.montanaoutdoor.com for any updates on what the commission decides.