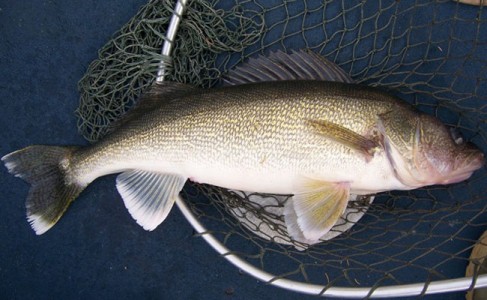 On Friday, April 20th, 170 people attended the Jordan Chapter of Walleye’s Unlimited’s Annual Walleye Banquet. The crowd was the largest ever for the local chapter’s annual event. The highlight of the evening was the drawing for their annual 4-wheeler raffle. The winner was Rocky Burman of Miles City. The event raised in excess of $10,000 which the chapter will use to support local projects.

Following the banquet, on Saturday April 21st, was the Annual Tough Guy Walleye Tournament. Under clear skies and warm temperatures, 42 teams fished for over $2800 in cash. But with cool water temperatures, mid 40’s, walleye fishing wasn’t at its peak. The Big walleye of the tournament was a 5.66 pounder caught by the father/son team of Bill and Derek Sinks of Jordan; netting them $420. In addition to their big fish, they won the event with a five fish limit, totaling 12.30 pounds and garnering another $840. In second place with five fish and 9.34 pounds were the team of Brody Killen and John Swenson of Angela for a payout of $630. Third place was earned by the father/son team of Clyde and Brem Phipps of Jordan with five fish and 8.20 pounds for $420 and an additional $420 for the large northern of the day at 18.20 pounds. 4th place was earned by Marvin Loomis and Casey Thomas of Jordan with three walleyes for 7.43 pounds.

Northern fishing was generally reported as good to offset the modest walleye bite.