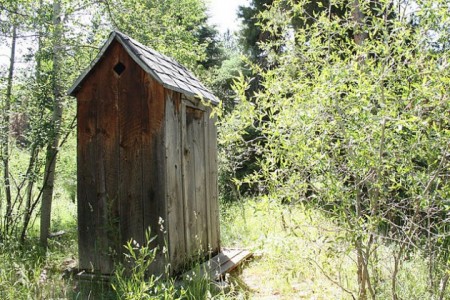 Be careful out in the wild this season. Especially while you are “taking care of business.” Recently a Canadian man was attacked by a Black Bear in Manitoba while dealing with “natures call.”

“Gord Shurvell, age 65, was staying with 63-year-old friend Daniel  Alexander in a cabin near Dunbar Lake. He admits his first mistake was  leaving the door to the stench-filled outhouse door open so he could  “enjoy the view.”

The bear attacked the Winnipeg, Manitoba native while his pants were  down at his ankles. Shurvell tried using his hands and kicking with his  feet to fend off the animal. That proved useless as the bear grabbed  hold of the man and began to drag him out of the outhouse towards the  brush”