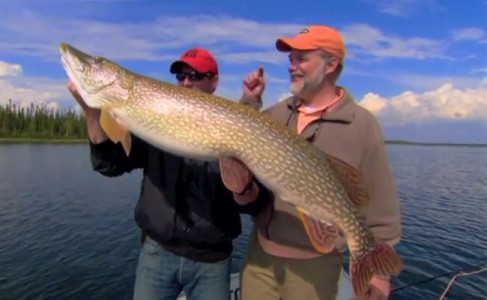 Do you dream about catching monster pike on a fly fishing rod? This video is from Wollaston Lake Lodge in Saskatchewan, Canada.

“Wollaston Lake is renowned for its monster Northern Pike and is considered by many to be the finest Northern Pike fishery in the world. In 2001 alone, nearly 1,400 trophy Northern Pike over 40 inches long were caught and released. In addition, powerful Lake Trout are abundant and ready to do battle. Sought-after Walleye run in the river directly in front of the Lodge. And the spectacular, acrobatic fighters, Arctic Grayling, are just a short fly-out away.”

For more information on where to fish at Wollaston Lake follow this link.