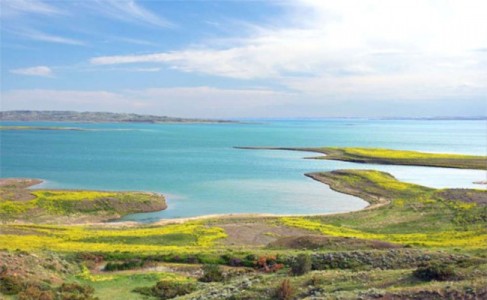 We had good news of sorts from Jim Vashro this week. Vashro made a post on montanaoutdoor.com that predicted in his opinion that the whitefish bite, which has been non-existent in recent years, might be back this summer. “This spring saw good numbers of perch spawners and the spawn appeared to be steady. We’ve had a few windy days but nothing over mid-20s for mph and temperatures have been in the 30s or above. I would say the signs point to a good or better lake whitefish fishery in Flathead Lake this summer. We’ll see by mid July if I’m eating whitefish – or crow,” Vashro wrote. For the complete story click here to check out his post.

Jens Gran called in the radio show last Saturday as he was fishing Lake Mary Ronan on opening day for kokanee salmon. “It has been slow since we got on the water about an hour ago but I did receive a bite when I was waiting to talk to you”, said Gran. I will have a post later this week to report how the bite has been on Lake Mary Ronan.

Over East, on Fort Peck Reservoir (shown in the picture above), Mary Beth Kibler reports that the smallmouth are biting good. The Loomis’s have now put their house boats in the water and are open for business this summer. Connie Loomis says that they have been busy with setting up camp, but they did have a chance to take Curley Olson from Lewistown out and he caught and released a nice walleye this past week.

Angie from Bob Wards had this to say about walleye fishing on the south end of Canyon Ferry. “The South End of Canyon Ferry is where Walleye fishing is best. It has slowed somewhat over the rest of the lake area, but not here, so get your crank baits on! The Fire Tiger Patterns are working well, or fish Leeches or Worm Harnesses, the Walleye are responding!”

The Twisted Tea “Hot Fishing Spot of the Week” ended up being the Fort Peck Reservoir this week. The smallmouth are biting as well as walleyes on the Big Dry Arm according to Bill from Rock Creek Marina.

Have a great week and safe Memorial Day Weekend, next weekend!