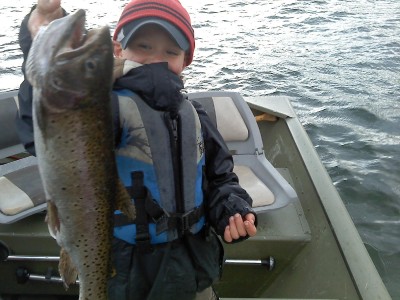 7 Year Old Orion Plakke with a 7 Pound Trout from Georgetown Lake.
By Kjel

7 Year Old Orion Plakke caught a nice 7 pound trout with his dad, Shawn Plakke of the MORS crew from Superior Montana. They were fishing at Georgetown Lake.  The day it was caught it was blowing snow and there was some nice waves a couple of weeks ago.

Then Orion and his Dad were fishing Lake Mary Ronan on Fathers Day. Orion was casting a swedish pimple and glow hook. His dad told him that he would be better off casting a spinner. Orion ignored the advice and moments later he yelled out that he had a big one. It ended up being this nice bass. Needless to say it was a great Fathers Day for Orion and his Dad. 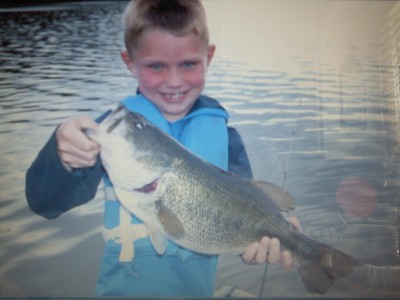